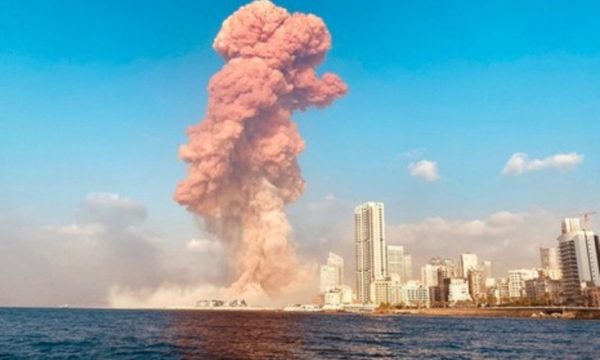 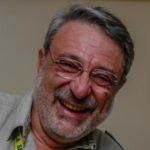 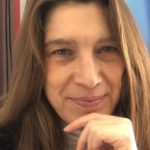 The information arrives to Africa ExPress from a trusted military source that wants to remain anonymous: “The cause of the explosion that devastated Beirut on the evening of August 4 was caused by a tactical nuclear weapon stored at the port. The detonation caused a very powerful air movement that destroyed entire districts of the Lebanese capital and the roar was heard several kilometers away, even in Cyprus.

The devices called “tactical”, compared to the strategic nuclear weapons that we all know, have a much lower power, sometimes equal to a single kiloton, much lower than the one dropped on Hiroshma at the end of the Second World War, which had 15 kilotons.

Their purpose is to carry out targeted attacks causing a reduced number of casualties and thus avoiding a thermonuclear response from “The day after”. Banned by the Obama administration, the tactical nuclear weapons program was restarted by Donald Trump.

There is no trace of the hypothesis reported by our source in the official statements. Until two days ago, the Lebanese authorities spoke of an accident involving over 2750 tonnes of ammonium nitrate and fireworks stored in the port.

But the videos that recorded the explosion from all angles unequivocally show a wall of compressed air that destroyed and overwhelmed everything as it passed and which can hardly be explained by the displacement caused by the detonation of ammonium nitrate.

Yesterday, the President of Lebanon, Michel Aoun, for the first time did not rule out the possibility of external interference in the disaster “by missile, bomb or other action”.

He was echoed by the Secretary-General of Hezbollah, Hassan Nasrallah, who warned: “Those responsible will be treated as collaborators of the enemy”. It was also American President Trump who spoke of the attack several times, denied, as usual, by his own staff.

According to our source, the tactical nuclear device, embarked on a plane from Iran, was delivered to Beirut airport a few days before the explosion. At the port of the Lebanese capital, where the weapon was immediately transferred, Hezbollah has at its disposal a terminal where it would store, undisturbed, war materials arriving from Tehran: the containers would not undergo any control by the local customs authorities. A news, the latter, which finds confirmation in an article published on the 6th August, by the Jerusalem Post.

The source explained that the arrival of this tactical nuclear bomb in Beirut would be none other than one of the classic “open secrets”: those who had to know, knew, but were determined to remain silent, even within the Italian contingent which, at the port of Beirut, is present to welcome the arrival of the materials destined for the international Unifil mission. The explosion now risks changing the cards on the table in the Middle East chessboard. 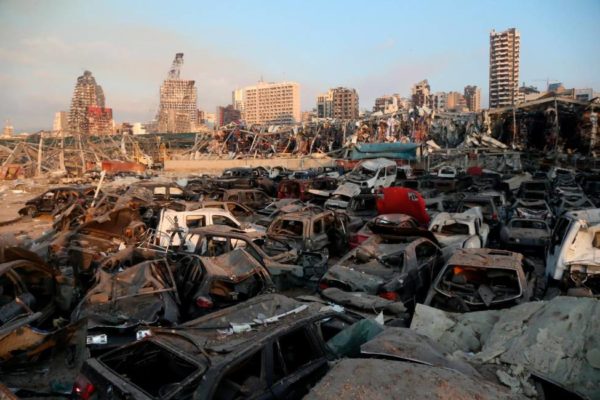 It is impossible not to go back to the very strange episode that took place on the evening of 23 July in the skies of Syria, near the American base of Al Tanf.

Initially, at 9.20 p.m., the Iranian state TV reported an Israeli fighter aircraft that was threateningly intercepting the Mahan Air 1152 flight from Tehran to Beirut. Then, after a few minutes, the version changes: the jet, perhaps an F-15, would be American. Nobody talks about David’s star fighter anymore. Mahan Air’s plane lands regularly at Beirut airport late in the evening and Tehran in the following hours turns to the UN to monitor the situation during the return flight to the Iranian capital.

Only two days ago, after the explosion in Beirut, the authorities in Tehran asked the UN to take action against the United States for the interception of the Mahan Air plane by two star-spangled jets.

The Iranian company makes regular stopovers in Beirut: what was carrying flight 1152 so important that it risked triggering a theatre of war? Would this be the plane that unloaded the tactical nuclear bomb in the Lebanese capital? Our source has not been able to give us confirmation, although he has not ruled it out. But it is clear that the country committed to stopping arms deliveries to Lebanon and Syria is Israel.

The Lebanese government has set up an investigative committee to investigate the terrible explosion and those responsible. In the wake of the protests that are spreading at this time in the capital in rubble, it has given itself five days to respond. Two days have already passed.

Meanwhile, three other large 747 Iranians landed in Beirut between 5 and 6 August. Many Lebanese now doubt whether they brought humanitarian aid. Tension is soaring and ordinary people in the capital are no longer willing to remain silent.