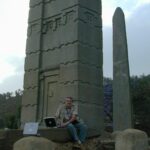 Nobel Peace Prize winner Abiy Ahmed was certain he would win the war in a few days. He had budgeted three weeks, but instead it went wrong for him. Blitzkrieg, as Hitler called it in German, is “a military tactic based on rapid manoeuvres aimed at breaking through enemy lines, encircling and isolating, and then annihilating their units, striking at the opponents’ vital points in a short time,” as the military manuals explain.

Abiy’s Blitzkrieg turned into genocide, aimed at destroying the adversary on an ethnic basis. A genocide that is denied by the Ethiopian government and its allies. And is passed under culpable silence by the West.

The Nobel Prize winner accuses human rights agencies of telling lies and of describing the war with non-existent and fraudulent arguments. He argues that their reports are untrue and have the sole purpose of wanting to damage Ethiopia’s image. Abiy, like his Eritrean partner and ally, the tyrant Isaias Afeworki, has driven numerous NGOs out of the country. It’s better to kill without witnesses. Doctors Without Borders (3 of their staff were murdered in Abiady), UNICEF, Save The Children, WFP and some UN agencies are amongst those who have been suspended for reporting what they saw.

In reality, what they reported is only the tip of the iceberg of what is happening in Tigray. Bullets and shelling are the lesser evil for civilians. The population is facing hunger, thirst, lack of medicine, fuel, communications, confiscation of any currency deposited in banks and total shutdown of the banking system, no money to pay salaries for the past 17 months, ignorance (schools destroyed and 2 years of blockade of teaching), rape of girls, women, elderly women, and Tigrayan nuns.

Tigray is under siege and taken by starvation. These are the weapons used by the genocide. A spectacle already seen in Europe, Armenia, Kurdistan, Rwanda, to name but a few of the abominable massacres provoked by vicious racist ideologies.

The participation of Eritreans and Somalis in this killing, which has always been guiltily denied, is now documented by Tigraians who have managed to seek refuge in Sudan or wherever they can, who have described them as vicious beasts worse than Ethiopian federals. Tigray is surrounded to the north by Eritrea and to the south by the government; its population, therefore, is trapped and in danger of being totally wiped out.

Domestic flights have been suspended for two years, Axum and Shirè airports are closed. Even UN humanitarian flights, occasionally available to residents, foreigners and NGO workers, are cancelled.

The civilian company Ethiopian Airlines is used to airlift military personnel and weapons from Addis to Asmara. A use that would result in the removal of the company as a legal carrier to any airport in the world. But even here everyone turns a blind eye and pretends not to see nor understand.

But one has to ask themselves why the ongoing genocide in Tigray is kept quiet by the international media, all intent instead on reporting in great detail the war in Ukraine.

One wonders how the mere fact that independent observers and journalists are not allowed free entry is not enough to arouse suspicion and question marks over the statements made by Abiy, his ambassadors and his representatives around the world. Meanwhile, the arms market thrives and the black market swells the pockets of criminals, often in suits!

In Tigray there are “only” six million people to be annihilated. As many as the Jews gassed in the crematoria in Europe. When the genocide is over, will the international community organise more hypocritical commemorations?

Meanwhile, Eritrean troops, entered into Ethiopia and then Tigray, continued their offensive. The fighting is incessant, with ups and downs and the use of drones supplied to the government by the Turks and Emiratis continues. 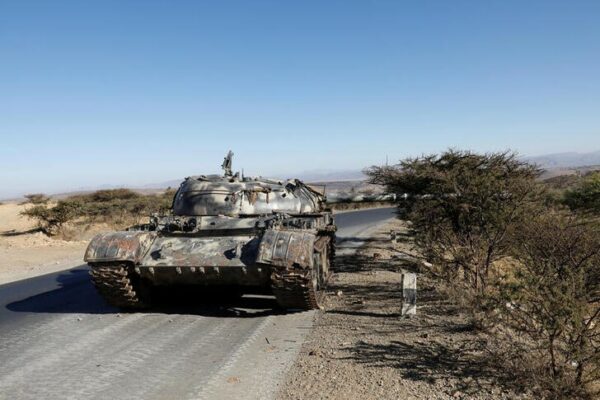 The town of Shiraro, near Badme, has changed hands several times. It is now controlled by the Eritreans, but surrounded by Tigreans. In Shire, 80 kilometres from the border between the two countries, the situation is quiet even though the climate is tense and fear is cut with a knife.

Axum, Adua and Adigrat are also relatively calm. The towns, however, are filling with  internally displaced people arriving from other areas of Tigray. The federal troops also launched an attack in the Kobo/Robit area, on the road from Makallè to Addis Ababa, but they were unable to break through. A new front has opened in the Afar region, where fighting is taking place in Birhe Abala.

On Friday, the capital of Tigray, Makallè, was bombed again. The residential area near Desta Hotel, where the old bus station is located, was hit: one confirmed dead.

The political situation is also confused: on Thursday, in Bahar Dar, the federal troops arrested Zemine Kassa, one of the leaders of Fano, an Amhara youth group that sided with the central government at the beginning of the conflict in Tigray.