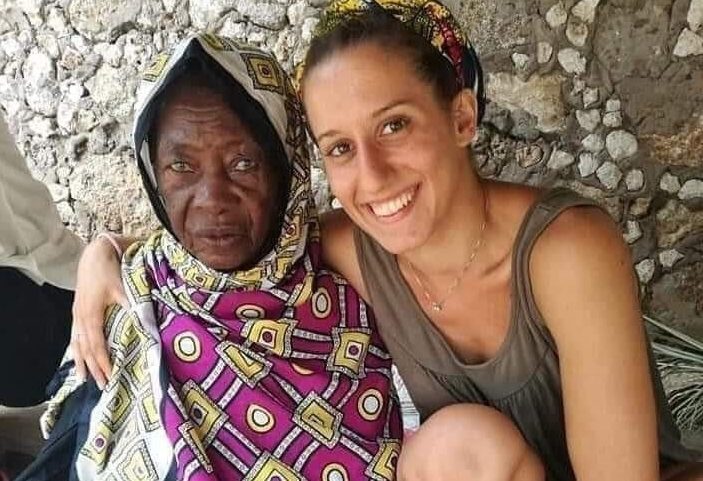 The hearing of the case involving the kidnapping of Italian aid worker Silvia Romano continued yesterday at the Malindi law courts with witnesses recounting how the incident took place.

Before Malindi chief magistrate was Chakama chief Macdonald Ngowa said that the incident had left many beneficiaries of the Africa Milele organization stranded.

“I was at a shop with Silvia and I left her after two minutes and went to watch the evening news at another shop. A loud bang then was heard followed by several bullet sounds,” he said.

He added that people were very scared and he ordered them to lie down for their safety as the shooting continued for five more minutes.

He also said that Silvia cried out his name for help saying ‘Macdonald come and help me’ and her voice continued to fade indicating that the attackers had carried her away.

The attackers headed towards the Galana River on foot while carrying Silvia.

“Immediately the gunshots stopped I called my Deputy County Commissioner John Kamau and told him that an Italian aid worker had been abducted by unknown people. I also called the chief inspector of Lango Baya,” he said.

He added that police officers from the Lango Baya Administration Police post arrived at Chakama after two hours of the incident and that it was too late to pursue the attackers who had already crossed the river and that the police said that it was too dark to cross the river.

The chief then went back to the Chakama shopping centre where he called the ambulance services to ferry four kids and a woman who had been shot.

A police reinforcement arrived from Malindi at around 11 pm but could cross the river hence opted to drive back to Malindi then cross the Sabaki bridge to Marafa and then to Matolani village where the attackers had vanished to.

The chief added that the following morning he mobilized three of youthful villagers and crossed the river. They started following up the foot tracks and motorcycle prints.

It was at that time that a helicopter hovered over them and when it landed, Kenya Defense Forces (KDF) soldiers disembarked and told them that they had joined the search.

The soldiers then flew again and the chief and his team continued and met a Kenya Wildlife Services (KWS) team in a vehicle.

“We joined them and after about 30 kilometers we found a motorcycle stuck in the mud at Visiki Sub location. The KWAS officers then told us to go back since we were hungry and exhausted but I left them with two of the boys,” he said.

He also added that the other motorcycle was found hidden in a bush by the KDF and his two boys and that he suspected that they might have been used by the attackers.

He said that Silvia had stayed at her rented room in Chakama for two months.

Another witness told the court how he sold his motorbikes to the accused persons saying that he never knew that they were criminals.

He also provided sale agreements in court that showed that one of the suspected in court Moses Luwali Chembe was a witness.

The other sale witnesses were Abdi Aziz Adan and Harith Adan.

Moses Luwali and Adulla Gababa Wario have been charged with the kidnapping of the Italian aid worker.

They are accused that on the 20th day of November 2018 at Chakama area in Malindi Sub County within Kilifi County together with others not before court, kidnapped Silvia Constanza Romano in order to cause grievous harm, slavery, ramsom by compelling the Italy embassy to pay ramsom as an explicit condition for release.

They also faced the charge of conspiracy to effect unlawful purpose and that they were found to have organized a meeting with a view to kidnap Silvia.

They had been released on a Sh. 3m bond with two sureties of similar amount but only Luwali managed to pay and he is out while his co accused is remanded at the Malindi GK prison.

The accused lawyer Tonia Mwania requested the court to adjust the bond terms to give her client an opportunity to pay.

Oseko agreed to her request and said that the bond terms remained the same and that the sureties had been reduced to one from two.

Silvia Romano: summit in Rome with Kenyan detectives that are keeping the direction of the investigation secret

At Silvia’s House: the Number 1 Suspect Knows too Much and Risks Being Killed

Silvia Romano, the New Investigations and the Texts to her Friends