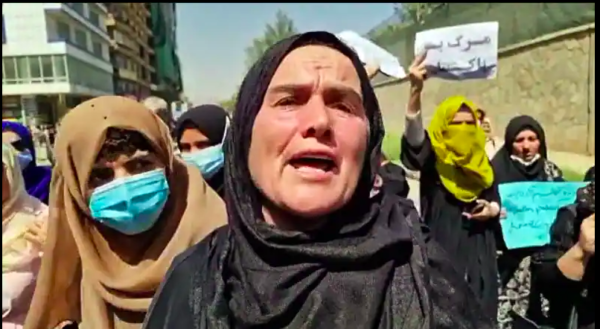 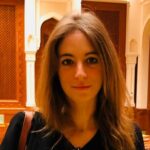 Yesterday morning Afghan women went out on the streets again. But if the protests, over and above are made to underlining the desire to clarify the position of women within the new Afghan political order, also denounced the situation in the Panjshir valley. Many slogans, in the streets and among the people, were also against Pakistan.

On this day full of news, also characterized by a long and interesting discussion in the Italian Senate, the Taliban revealed the composition of the new government of a resurrected “Taliban Islamic emirate”.
For those who follow Afghan events, this has been an endless day. Many things have happened, let’s try to list them all.

Moahmmad Fahim Dashty, spokesman and high commander of the National Resistance Front (NRF), the Afghan resistance that is now trying to fight the Taliban in the Panjshir Valley, died on 5 September. Dashty was very popular among people, so many have been the messages of condolence on social media.

Afghan journalist and politician has been the voice of the resistance during the conflicts in the Panjshir region, the last anti-Taliban stronghold. Born in 1973, he had survived an Al Qaeda attack on 9 September 2001. He had recently granted some interviews. In a video of NDTV (Indian media) – only 5 days ago – he said:
“If we all are killed in the resistance, this is a winning situation for us. The history will write about us, that there are people who stood for their nation to the end of line.”

There have been many rumors about ongoing battles in the Panjshir valley. Some people think that Taliban attacks has been somehow aided by a neighboring state: Pakistan. And even if there is no official confirmation, the anti-Pakistani popular sentiment among people is very strong. This is why more and more slogans against this country appear in the protests.

Hundreds of people protested yesterday in Kabul about the situation in Panjshir. Afghan demonstrators, led by women, marched through the streets of the capital. The Taliban did not interfere at first, but then violently dispersed the protests firing into the air. Pakistan, as we have written, is seen by several Afghans as the state that helped the Taliban fight in the valley. Men and women were on the streets for various reasons. Panjshir, they say, has no medicine, there is no food, roads are blocked. 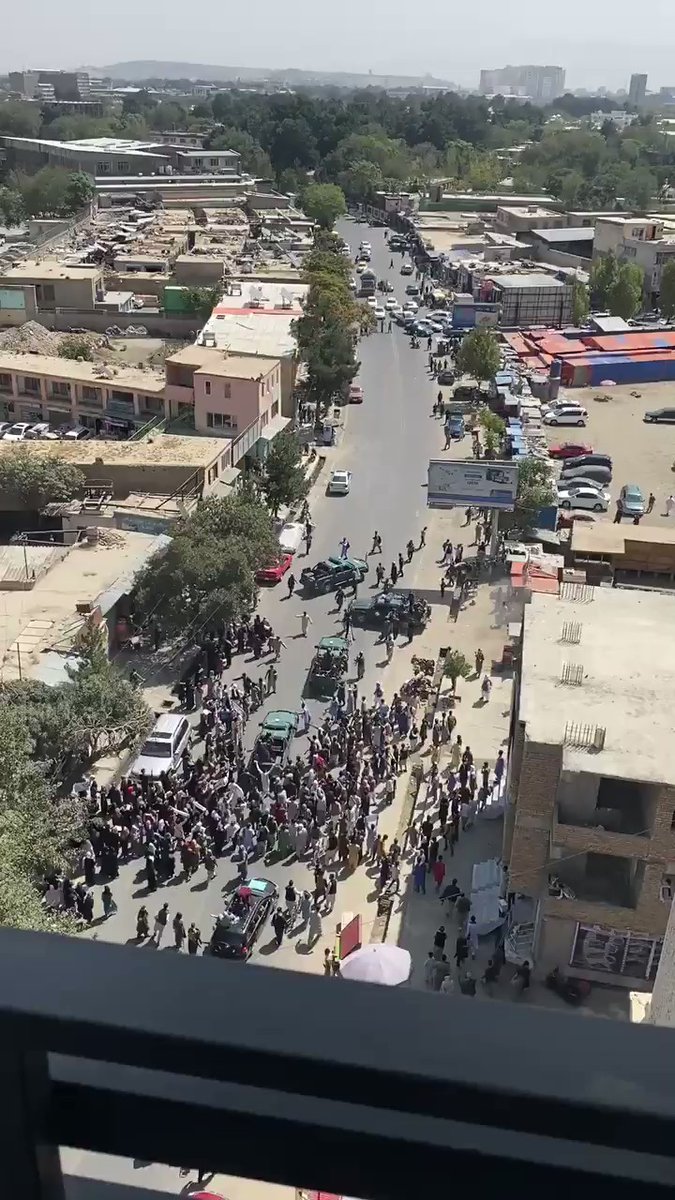 “Freedom” and “We do not want a government supported by Pakistan”. These are some of the slogans showed during the demonstrations, after Ahmad Massoud, the head of the National Resistance Front, lead the people to fight.

Women’s protests continued, especially in Kabul. Women didn’t stop. They went out on the streets, despite everything and despite violence.

Zahra Rahimi of Tolo News reports: “The women of Herat also protest, demanding their fundamental rights; freedom”. All of them are asking what their life will be, now. Taliban imposed university classes separated by tents. Although Talibans said their society will be inclusive, they told women not to go out.

In a video, posted on Twitter, a Taliban compares women without hijabs at melons to buy.

In another video, posted on social media, a woman addresses a man, saying: “Panjshir is burning and you are watching. The children in the Panjshir have been bombed, the women have been killed, your brothers are about to be killed, why are you watching? Why don’t you join? Why don’t you take a stand? Why don’t you defend yourself? Why don’t you raise your voice?”

Meanwhile, Talibans, to disperse the crowd, started shooting in the air.

As women fought for their rights, some journalists which were following the protests were also targeted. At one point, Talibans also prevented some of them from resuming the demonstrations. A Tolo News cameraman was taken away by the Taliban along with his camera.

In a tweet, reporter Zahra Rahimi wrote:
“My colleague, Waheed Ahmadi, who was covering today’s protest in Kabul was taken by the Taliban fighters. He along with some other journalists and cameramen were taken to unknown place”.

And Lotfullah Najafizada, editor of Tolo News, also denounced on Twitter:
“Our colleague Waheed Ahmady, who has covered many frontlines over the years, is arrested by the Taliban in Kabul for filming Afghan women’s protest. I call on the Taliban to release our colleague asap”.

After a few hours, the chief of Tolo News reported on Twitter that the colleague had fortunately been released along with a dozen other journalists.

But the problem remains. Indeed, Lotfullah Najafizada has written:
“Media cameras are confiscated, journalists are asked not to film and some are turned away. Protestors continue to march in Kabul at gunpoint. Where is the freedom to protest and the freedom to report about it?”