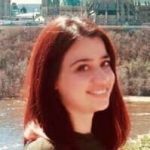 When the Taliban claimed to be occupying Panjshir, the National Resistance Front forces were already present in all strategic positions across the Panjshir valley to continue the fight with Taliban. The valley residents who experienced defeat of the Red Army more than a few times know well on how to defeat the Taliban along with their mentor and supporter (Pakistan).

The Taliban attack of 5th September by direct support of Pakistan on Panjshir turned the national resistance front to take a revolutionary stand by declaring a general uprising.

Ahmad Massoud, leader of the National Resistance Front voice message to his compatriots spreaded as: ‘’Wherever you are, wether inside the country or outside the country, we appeal to you to rise up in resistance for the dignity, integrity, rise up against crippling humiliation brought on us today by the foreigners.’

Didn’t take longer than a few hours that his call for resistance received a massive response of people from Andarab, Daikundi, Kabul, Bamiyan, Ghazni, Faryab and Mazar with the message of freedom, resistance and revolution.

Pansjhir national resistance is now at a sudden or a completely changed position which can be named as the beginning of a revolutionary resistance.

Tahmina Arian
*Author of the book “Burka: Not My Identity”
© RIPRODUZIONE RISERVATA