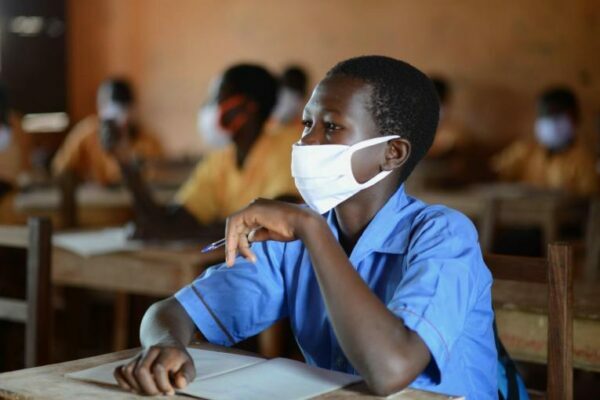 Whilst Europe is challenged between the surge of infection and the slow pace of the liberatory vaccinations, Kenya is on its side about to reach the 100.000 infected patients from the virus since its inception.
Schools have opened yesterday for 10 Million Kenyan students, with a balance of requirements that should be mitigating the risks of such a large intake: it remains that this is a variable that could topple the country if not well managed.

Traffic has returned to pre-Covid levels everywhere, with congestions recorded primarily in the large towns and in the Capital city Nairobi of course.

The Government has however not relented on the restrictive measures, establishing yesterday that the curfew shall be continued until at least mid-March, whilst the current moment sees the total number of hospitalized patients standing at 614, however a more limited number in ICU and a large portion of the other cases (more than 2,000) are on home care, meaning their condition caters for less assistance.

What strikes is that the number of patients in ICU is very low (15), when one considers that about 500 ICU beds are declared as total availability in the entire country when the average stay in ICU is from a minimum of one week to up to three.

What also strikes, is that in the very precise statistics the Government issues daily since almost 300 days now, patients affected by Covid never are from the affluent neighborhoods of either the Capital or the other main towns in Kenya, as if the pandemic was rife in the lower estates than in the richer ones. It is a fact though that a former Minister and a Governor both passed away due to Covid recently, and word of mouth tells that several cases have been recorded in the expat and high revenue earning communities but have been kept in low profile.

What matters is that the economy took a dramatic hit this year, by defeating prospects of growth as heralded in the early days of 2020, coming down to close to 0% growth, forcing the Government to rethink the already heavily indebted position of the economy by taking more loans and surpassing the current consolidated 9Tr Shillings debt (82Bn$), well above the 60% of its Gross Domestic Product.

To make matters worse, the partial cushions prepared by the Government offsetting some points of VAT and reducing the incidence of Personal Taxation have been lifted as of January 1st, while the mobile money commissions, the pulse of the real economy have also been restored through the lobbying of the market leader in the market, Safaricom who by the way recorded a loss in the third quarter although only in its traditional line of business, telephony.

With the US$ close to 10% and the € at more than 10% above its normal levels, all leads to believe for a devaluation of the shilling rendering Kenya’s exports (flowers, coffee, tea and agricultural products) more attractive whilst at the same time high hopes are on the return of tourists, bringing more than 10% of the national GDP in terms of foreign currency to the Country and reviving the ailing hospitality sector, most hit by the pandemic.

People have certainly gotten poorer through this year, it is up now to the President to enter 2021 with some encouragement, because it must be noted that 2022 is Election year, and people tend to remember why and whom made them struggle.