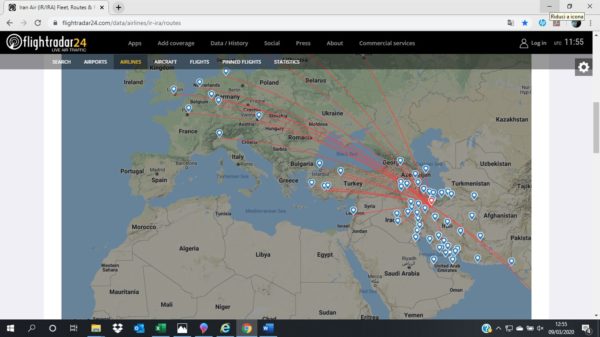 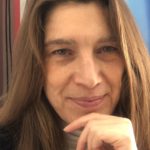 It’s 8:00 pm on March 8, it’s Women’s Day. Rimini has a spooky atmosphere. The city is armored: bars, restaurants, clubs have shutters down, the signage is off, streets are deserted. The few people who had the courage to leave the house are appalled: less than 24 hours before the decree of the Government turned the Romagna party city into a red zone from which you cannot get in and less so out. There is disbelief, uncertainty with only two months to go until the holiday season starts.

200 people are infected in the city, but everyone knows that the figure is set to rise. As the map of infections from Covid 19 broadens in northern Italy, people wonder how and what to defend themselves against invaded with news that raise panic and confusion. Why Rimini? 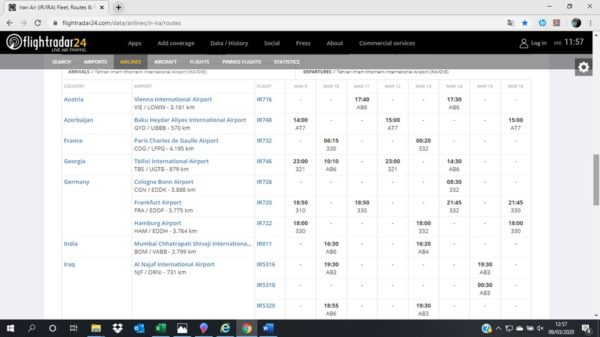 In the last days, few have paid attention to the incoming flights noticeboard of the city’s small airport, Federico Fellini. But that’s where a lot of questions might be answered. The noticeboards say a lot.

It’s March 3rd, we’re in the middle of a Coronavirus emergency. Rimini is not yet red zone, but contagion spreads, numbers are going up. An A306 aircraft of the Iran Air Airline coming from Imam Khomeini International Airport in Tehran lands at Federico Fellini Airport in the afternoon after making a stopover in Milan Malpensa. Even in the capital of Lombardy, contagion spread is wildly galloping.

On the Flight Radar 24 website, the flight from Iran to the two Italian airports has a name: EP-IBB.

At 6.40 pm, the Iran Air plane takes off in the direction of Tehran. Three days later, on March 6th, same thing: the arrival of the plane from Tehran to Milan at 12.36 pm then again stopover in Rimini and return to Iran in the late afternoon.

In Iran the Coronavirus is rampant, it is almost impossible to precisely establish the infection’s levels. Few people trust the figures provided by the Tehran government, which has been trying to minimise the scale of the epidemic since the early days of the emergency. Even so, with more than 9,000 official infections the country is the third outbreak worldwide (after China and Italy).

And yet, while direct flights from the Asian country to Italy were promptly cancelled in the early days of the Coronavirus emergency, for some obscure reason no one thought about stopping those from the Middle Eastern country.

Flight Radar 24 tracks are available for anyone who wants to follow them: we discover that the stopover at the small Federico Fellini airport before the trip to Tehran is a leg that is frequently repeated. The flight route to Malpensa (and Rimini) also works at London’s Heathrow Airport: on the afternoon of March 3rd, adding to the dangerous leg Tehran, Milan, Rimini, an Iran Air plane from London makes a stopover in the City of Romagna and departs in the late evening in the direction of Imam Khomeini airport. On the afternoon of March 8th Rimini is now officially included in the red containment zone of Covid19 but the flight pattern is again repeated with no obstacles of sorts.

What really is shocking is that on March 8th, European countries belatedly decided to block all flights to and from Iran. The news has gone quiet: no big headlines, contrary to what happened for flights with China. The Iranian news agency Irna told us this with a laconic thread: “In reference to the restrictions on Iran Air flights put in place by Europe, for unknown reasons all flights of the airline to Europe have been suspended until further notice.”

Several Middle Eastern countries such as Turkey blocked flights with Iran as early as February 24. Since then nothing has happened in Italy: aircrafts from the world’s third coronavirus outbreak have continued to make flights and stopovers in Italy. The same restrictions have also taken place in the rest of Europe: Paris, Frankfurt, Hamburg are no-landing zones for Iran Air.

However, Flight Radar 24 tracks are unequivocal: more Iran Air flights are planned in the coming days with Milan and Rimini in their schedule.

Blocking flights from China did not stop Covid 19. The Rimini stops of the Iranian national Airline should make one reflect, was it only for the curious coincidence of the high infections rate in the Italian city. But perhaps it is also late for reflection: we are the second largest hotbed worldwide.