The first article in the dossier on the liberation of Silvia Romano, annexed international intrigues,
on the unexplained delays and unequivocal silences is available here. Now we explain the central role Qatar
played in Silvia’s liberation.
The business between Rome and Doha is impressive. That’s why, after all, no one has given  much importance
to the life of a young girl who – as we explained – could have been set free long before. 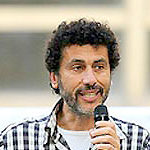 It is called Barzan Holdings and is a kind of safe from which the Emirate of Qatar draws funding for research, development, production and sale of new weapon systems and to “strengthen the military capabilities of the national armed forces”. Founded only two years ago, the company is listed on the stock exchange and is wholly owned by the Ministry of Defence. “Barzan Holdings” also acts as a commercial gateway to Qatar for the military industries and offers the opportunity for international companies to collaborate in the production and transfer of innovative technologies in the defense and security sector,” explain its directors.

The headquarters is in Doha, inside the Science and Technology Park built by the Qatari authorities next to the Education City, the large university complex, with the aim of facilitating the exchange of knowledge between the military industries and the academic-scientific world. For some months now, the Italian public-private group Fincantieri has formed a strategic alliance with it in order to increase business and profits in the stormy Middle Eastern and African arms markets.

On 24 January 2020, Fincantieri’s CEO Giuseppe Bono and Barzan Holdings Chairman Nasser Al Naimi, in the presence of Defence Minister Khalid Bin Mohammed Al Attiyah and Qatar’s military leadership, signed a Memorandum of Understanding to “enhance the partnership through the evaluation and study of new technologies and capabilities with a view to the acquisition of new state-of-the-art naval units”.

“The agreement – adds Fincantieri – implements a relationship with the armed forces of Qatar and is part of the company’s business development strategy in the Middle East”. Fincantieri is a candidate to contribute to the design, construction and management of the new naval infrastructure of the Emirate Navy and the entire naval fleet; to the implementation of new radar and cyber security technologies; to the supply of surface warfare units and submarines. In particular, there would be the possibility of building in the Muggiano plant, La Spezia, an updated version of the “Todaro” class submarines already purchased by the Italian armed forces. For the record, the Fincanteri-Barzan Holdings MoU was signed in January, 48 hours after the official visit to Qatar of the President of the Republic Sergio Mattarella, with the aim of strengthening political and military ties also in relation to the escalation of war in Libya and the promotion of the “Italian system” in the emirate, with Leonardo-Finmeccanica, Fincanteri, Eni, Saipem in the lead.

In June 2016, Fincantieri signed a contract worth four billion euros with the Qatar Ministry of Defence for the supply of seven surface ships (four corvettes, one amphibious assault unit and two deep-sea patrol vessels), plus related support services for ten years. Construction work started in 2018 at the Riva Trigoso-Muggiano shipyard in La Spezia.

According to the specialist magazine Analisi Difesa, at least two corvettes and patrol boats should be delivered in 2022, the rest by the end of 2024. Other Italian industrial holding companies are interested in the billionaire business with Fincantieri. With a displacement of 3,250 tons, a length of 107 meters and a maximum speed of 28 knots, the corvettes will board 112 sailors and a heavy multi-role NFH90 helicopter produced by the NH Industries consortium formed by the Italian Leonardo, the Franco-German Eurocopter and the Dutch Stork Fokker Aerospace. Up to 550 marines and two NFH 90 helicopters will be housed in the amphibious assault vessel LPD (8,800 tonnes displacement, 13 metres long and a speed of 20 knots).

The radar, combat and missile systems of all the naval units destined for Qatar will be designed and produced by companies controlled by the holding company Leonardo and by Elettronica S.p.A, another important company in the war and cyber sector based in Rome.

The contribution given by the Italian Navy to the training and education of Qatar’s personnel in the centres of the School Command and Academy of Livorno and in the naval bases of the Emirate is also decisive. According to Defence Analysis, new computerised instruments and simulators will also be used, provided by a joint venture formed by the Centro per gli Studi di Tecnica Navale – Cetena (a Fincantieri subsidiary that deals with research and consultancy in the naval and maritime fields) and the software company IBR Sistemi di Genova, specialised in simulation systems and multimedia applications.

The training of Qatar’s military personnel and the maintenance of the units will be carried out by the technicians of Fincantieri Services Middle East LLC, a company 100% owned by Fincantieri, established in Doha in 2018. The decision to set up its own subsidiary in Qatar was determined by the signing of a letter of intent during the DIMDEX naval systems fair (March 2018) by Fincantieri’s Director of Military Ships, Angelo Fusco, and Barzan Holdings business development manager, Abdulrahman Fakhro. 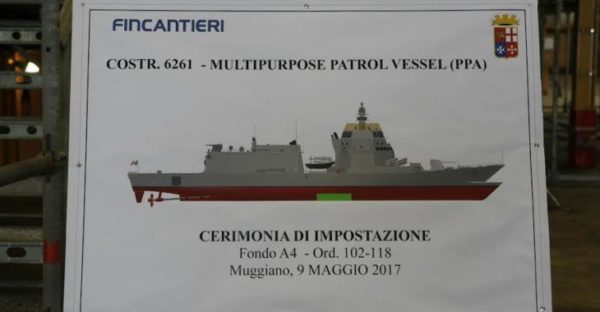 Specifically, the two groups were committed to studying possible forms of collaboration in the areas of maritime and coastal surveillance, research and development in the field of remotely piloted vessels and related control stations and the implementation of new technologies and management in the future naval programs of the Qatar Navy.

To document the successes of the large shipbuilding company the data provided with the financial statements for the year 2019. “The naval ship business area recorded revenues of Euro 1,503 million (Euro 1,434 million at 31 December 2018) with an increase of 4.8%”, reports Fincantieri’s Board of Directors. “Construction activities relating to orders for the Ministry of Defence of Qatar, which has seen the setting up of a corvette and a patrol vessel, continue at full capacity. Last year, the automation package for the offshore patrol vessels and the propulsion and manoeuvring propeller system for the amphibious assault vessel were also provided”. From now on, the count-down for deliveries and armament will take place.

This article in Italian