A pattern of attacks on journalists reporting critically about Eritrea is emerging in London. The latest took place  a week ago – on Tuesday, 29 November 2019. At around 2.30 in the afternoon Amanuel Eyasu, the editor of the popular Eritrean opposition television channel – Assenna TV –  was assaulted by 4 or 5 pro-government thugs outside the Putney Bridge underground station in London.

The attack, which was clearly carefully planned, followed a similar pattern to the incident twelve months earlier, when I was assaulted. The individual who undertook the attack in November 2018 against me was Yacob Gebremedhin. He was convicted of the crime, sentenced to pay £700 and bound over not to contact me. This he has done, but it did not deter Mr Yacob from allegedly carrying out this second assault on Mr Amanuel.

There is little doubt that Mr Yacob was at the centre of this second incident. Not only was he arrested, but a crowdfunding site has already been set up to raise funds for his defence.  This describes Mr Yacob as ‘our brother and hero’ who undertook a ‘legitimate action’ against Amanuel Eyasu.

In both incidents the same modus operandi was deployed. The journalists concerned were contacted by phone and invited to meet an Eritrean who had recently arrived in Britain and had ‘fresh information’ to provide. This is a perfectly normal way in which all those who work in the media receive stories. Any journalist would want to respond, if the source sounded plausible, to see what the source had to offer.

In my case I arranged to meet Mr Yacob at a public venue – the British Library. When I arrived at the library he called me and asked that we meet in the courtyard just outside the main entrance – but still in the library complex. I agreed and after greeting him, sat down, as he went to get coffee for both of us. When he emerged with the coffees he bent down, picked up a container, flinging its contents at me while shouting that I was a traitor to Eritrea and in the pay of the CIA. All the while he (and two others) were filming the attack on their phones.

I backed away, contacted the British Library security staff, who called the police and the arrest of Mr Yacob was made. From there it was a simple matter of taking the evidence to court, where he was convicted. 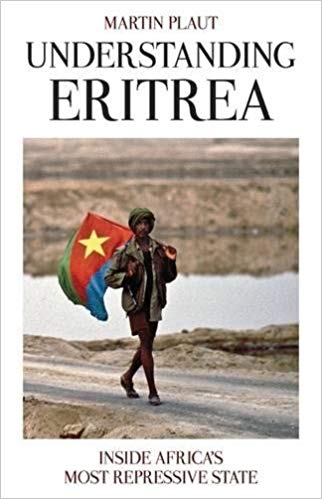 In Amanuel Eyasu’s case much the same pattern was followed. He was called by a woman, who asked him to meet her. Again, exercising caution, Amanuel agreed to meet her in public. This time between four and five men were involved, with a woman looking on. Liquid (milk, eggs and flour) were again thrown at Amanuel, but he managed to grab his assailant’s phone and hang onto Mr Yacob until the police arrived and arrested him. Mr Yacob is due to appear in court later this month.

On the scale of things, having liquid consisting mainly of milk thrown over one, is not the most serious of attacks. Journalists around the world pay with their lives to report from the field. No fewer than 21 journalists were killed so far this year, according to the Committee to Protect Journalists. [https://cpj.org/data/killed/2019/?status=Killed&motiveConfirmed%5B%5D=Confirmed&type%5B%5D=Journalist&start_year=2019&end_year=2019&group_by=location]

It should not be forgotten that a liquid substance was used in the murder of Sergei and Yulia Skripal in March 2018 in the quiet British town of Salisbury. [https://en.wikipedia.org/wiki/Poisoning_of_Sergei_and_Yulia_Skripal] No-one can be sure what a liquid contains.

The attack on Amanuel Eyasu is part of a pattern of violence and intimidation that the Eritrean regime has carried out against members of the Eritrean diaspora. Some have been threatened by thugs describing themselves as “Eri-Blood”; others have been warned that their families in Eritrea will suffer if they continue to speak out. The Eritrean regime, under President Isaias Afwerki is among the most repressive in the world. Now it appears to be seeking fresh means of silencing its critics abroad.