Nearly 50,000 Malian refugees are at risk following the suspension of food aid to their camp in southeastern Mauritania, with NGOs warning of a significant increase in acute malnutrition, particularly among children under five, and pregnant and lactating women.

“We have literally been without rations for two months now,” Amsaleh Ould Mohamed, president of the management team at the M’Berra camp, told IRIN.

The World Food Programme (WFP), which supplies the majority of the camp’s food aid, including rice, vegetables, oil, sugar and salt, says it has insufficient funds to continue operations. WFP already cut supplies in June, reducing rice rations by more than half, from 12 kilograms per person to 5.4 kilograms. 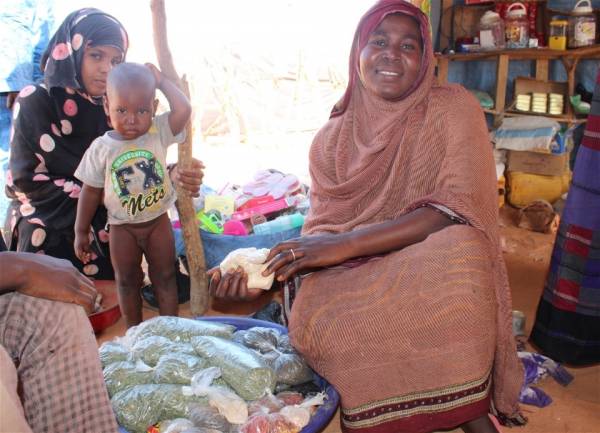 Some refugees at M’berra have started raising livestock and others have set up small businesses selling soap and other goods, but most rely on outside aid, including food rations, for their survival.

“Refugees have tried to grow [produce] in communal gardens, but extreme heat, sandstorms and insects destroy most of the plantations,” said Maya Walet Mohamed, head of the women’s committee at the camp. Moulay* (last name withheld), a Malian refugee and one of a dozen or so butchers and animal dealers in the camp, has started accepting good-faith loans because of the dire food situation.

“I often accept credit for cows and camels, and then I’m repaid after their resale,” he told IRIN. “But during hard times, like now, I pay the difference in credit (between sale and resale) out of my own pocket.”

Due to the combination of a recent drought and the food suspension, people no longer have livestock or goods to trade or resell to buy meat, Moulay said. “Sometimes they come with personal possessions to convince me to sell them one or two kilos of meat, such as shoes, more or less new, or even a TV antenna,” he told IRIN.

MALNUTRITION
It is too soon to say what impact this latest suspension will have, but when food distribution was stopped in March, Médecins Sans Frontières (MSF) saw a “clear increase” in the number of sick children in its nutritional programmes at M’berra. Before the cancellation, an average of 30 kids were admitted per month. After the suspension, the number jumped to 79.

“Any further stop in regular rations could degrade the health status of the camp,” said Mohamed Gbane, MSF’s medical coordinator for Mauritania. Gbane explained that malnutrition “opens the door” to other illnesses such as respiratory infections and diarrhoea.

“Safeguarding the health of refugees depends on a package of humanitarian aid, including, crucially, a balanced diet,” the doctor said. “Diseases in the camp have been relatively stable, but there is still currently a decrease in the level of nutritional health, which coincides with the ceasing of the distribution of food rations.”

Our livestock is dying [due to drought] and our children are increasingly ill. If nothing is done shortly, this cocktail can cause disastrous consequences in terms of health. When MSF began operations in the camp in 2012, acute malnutrition for children under five was around 20 percent. Thanks to cooperation with WFP and other partners, the rate fell to nine percent by the first half of 2014. “It would be a tragic if we let the most vulnerable return to catastrophic levels,” Gbane said.

The timing of the interruption of food supplies is particularly bad as it coincides with the region’s lean season, when stocks of the staple crops are already low.

“The lean period is extremely difficult this year,” camp coordinator Mohamed Ag Melah told IRIN. “Our livestock is dying [due to drought] and our children are increasingly ill. If nothing is done shortly, this cocktail can cause disastrous consequences in terms of health.” He urged donors to take responsibility. “With the ration crisis, our family of eight, which includes four children, has not been able to nourish itself correctly,” 25-year-old Souley Ag Hassan, who fled Gao in northeastern Mali in 2013, told IRIN. “Food is our priority.”

MORE MONEY NEEDED
WFP says it needs around $600,000 per month to cover the cost of food distribution in the camp. As of early July, the project was just 35 percent funded through September.

“The camp has been totally forgotten by donors because today international politics are focused on other crises like Syria and Ebola,” said April Benedict, head of the MSF mission in Mauritania.

“It was naively believed that after the signing of the peace agreements in Mali, that refugees would return home, but… recent attacks and looting of cities and villages in northern Mali have confirmed that it will still take time before the refugees feel safe enough to go back.”

Janne Suvanto, a spokesperson for WFP in Mauritania, assured IRIN that: “International donors have since found an emergency solution and we’re looking at the possibility of borrowing from the sub-region.”

Suvanto said that with the emergency funds, WFP hopes to fulfill at least 40 percent of food needs in the camp by mid-July, but that this is contingent on approval by donors. Even 40 percent wouldn’t be enough to cover all the needs in the camp and they would still have to start just with the most vulnerable women and children.

MSF project coordinator Rene Colgo made the point that all the emergency health support they provide at M’berra is rendered fairly useless if refugees are sick through lack of food.