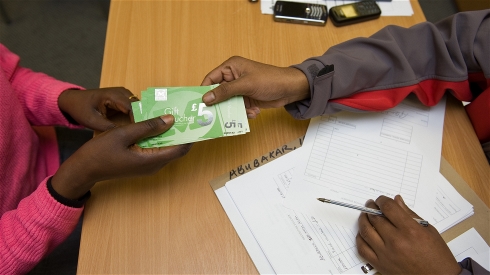 Last month, a quiet announcement from UK Home Secretary Theresa May dashed the hopes of thousands of asylum seekers in the UK. A court ruling in April had criticized the very low level of support it gives to those seeking asylum and had given her four months to show how she had calculated that it would cover their needs. The Home Office duly did its sums, but announced that the amount to be paid would not increase.

The decision was a blow to campaigners who had brought the case to show that asylum seekers were being forced to live in extreme poverty while waiting for their applications to be processed.

Dave Garratt, the chief executive of Refugee Action, the organization which took the Home Secretary to court, told IRIN that asylum seekers were coming through their doors, telling them that they were really struggling to survive. But the campaigners did at least force the Home Office to give an account of how the asylum seekers’ allowance – currently just over £5 a day for a single adult – was calculated.

“Essentially what they have done,” says Garratt, “is base it on the expenditure of the lowest 10 percent of people in the UK. But we think that is quite flawed, because that is about expenditure, not about need, and many of those people have other help, from family and friends. It doesn’t take account of the special circumstances of asylum seekers who may arrive without clothes or shoes, and have no stored food to fall back on. We still think it is not high enough, but now we have the analysis written down, at least we have something we can debate about, and the formula will have to be re-applied every year so they can show they are doing their job properly.” 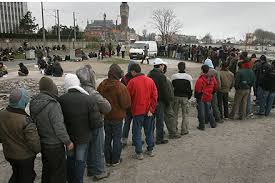 One of the most blistering critiques of the system had come from the London-based organization, Freedom from Torture, which provides medical and psychological support to the victims of torture. They received 1,251 new referrals of torture survivors last year, from 80 countries; the vast majority had sought asylum in the UK. Rhian Beynon, the organization’s spokesperson, told IRIN: “The failure of the Home Office to increase the current asylum support levels is a missed opportunity and the effects will be felt by some of the most vulnerable people living in the UK today.”

In its own report on the way poverty was affecting torture survivors seeking asylum, Freedom from Torture drew on the experiences of its clients and those who work with them to paint a bleak picture of what happens to torture victims who reach the UK and embark on the arduous process of getting refugee status.  “I am exhausted,” says one client, “living with this day by day. I am running out of stamina to deal with the pain.” “Our current living conditions keep our torture trauma still alive,” says another. “We can’t move on.” 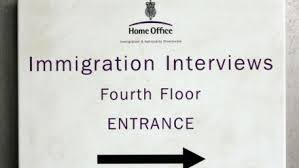 The system is difficult for anyone applying for asylum, but one of the organizations’ clinicians described  vividly how torture survivors suffer more than most. “You’re constantly trying to manage intrusive memories or thoughts. When you do sleep, it’s… disturbed by violent nightmares…. and lots of things can trigger flashbacks or at the very least, painful memories. Having to manage all of that – which is what our clients manage – plus the profound uncertainty of what you’re going to eat and where you’re going to go and how you’re going to get there, you know… I’m stating the obvious, but it’s much more difficult for torture survivors.”

British immigration law prohibits asylum seekers from working legally, the purported rationale being that allowing applicants to work would blur the line between asylum applicants and economic migrants, and thereby serve as a “pull factor.” Around 11 other EU states do allow asylum seekers to work – if only six months after their arrival –  and such policies do not appear to increase the number of asylum applicants.  British government policy, critics suggest,  is driven more by misperceptions of public opinion on the right to work than by empirical evidence.

A single adult asylum seeker’s allowance is currently only just over 50 percent of the benefit known as “income support” – in itself considered the minimum needed to lead an adequate life. In cases where an initial asylum request has been refused and a destitute applicant is waiting for the result of an appeal, or has agreed to return to their country of origin but is unable to do immediately, the allowance, known as Section 4 support, is no longer paid in cash, but loaded onto a “Azure card”. This can only be used at designated shops, for food and a limited range of other items. The recipient has no money for anything else – bus fares, postage, faxing documents or any of the other expenses needed to pursue his claim.

The British Red Cross recently called for the Azure card system to be abolished, saying in a detailed report that it did “not allow refused asylum seekers to meet their basic needs and live with dignity. It creates unnecessary suffering for people who are already in desperate situations.”

Accommodation provided to asylum seekers is also very basic – often hostel-style or shared accommodation. These shared houses can also be used for people with other social needs – people newly released from jail or struggling with drug or alcohol problems, which makes some torture survivors feel very nervous and unsafe. 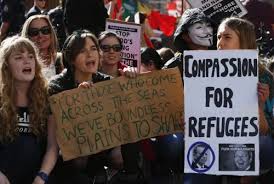 The UK is also somewhat ungenerous compared with its western European neighbours. In the Netherlands, for instance, asylum seekers receive the same benefits as any other needy resident. France, Germany, Belgium and Italy have similar systems to the UK, but pay higher levels of support. And most countries are less restrictive than the UK about allowing asylum seekers to work and support themselves.

The worst off were the clients with Azure cards, who could only buy at designated shops – mostly mid-priced supermarkets – rather than in the cheaper discount supermarkets or at market stalls. In one of the designated shops the cheapest form of minced meat now costs £3.75 a kilo, a tin of tuna is 95 pence and a 300gram piece of plain cheese £2. Apples are now in season and abundant, but four apples cost a pound. The daily allowance of around £5 does not go far. 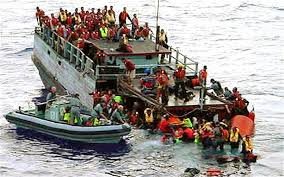 he doctors and therapists treating torture survivors say hunger and poor diet “negatively affects their clients’ mental and physical health, their mood, their cognition and concentration and their ability to engage fully in therapy and counselling sessions.” The problem is especially acute for those still suffering the physical effects of their ill treatment. Said one respondent: “The doctor says I have to eat a lot of protein but I cannot afford to, so I’m always weak. I faint. One time I fainted at Freedom from Torture.”

Another problem is warm clothes. It is hard on this level of income to save enough for new shoes or winter clothing. Charity shops, which sell good quality second hand garments, are useful but of little help to the Azure card holders, who can only use those run by the Salvation Army or the Red Cross – no help if the only charity shop within walking distance belongs to Oxfam. Card holders are also prevented from saving because they are not allowed to accumulate a surplus on the card – anything more than £5 disappears at the end of each week.

So torture survivors are cold and hungry, and have no money for anything beyond bare necessities. Unable to visit friends, take part in social activities or even get to their church, mosque or temple, they get isolated and depressed and their recovery is set back still further. They are also often stressed by the asylum application process itself, which is extremely complicated. Missed appointments, and anything else seen as lack of cooperation can lead to a stoppage of benefits. Changes in circumstance can lead to gaps and delays in payments. Freedom from Torture recounts cases of torture survivors being left totally destitute, sleeping in the street or on night buses and searching for discarded food to eat.

Ironically the very point at which asylum seekers finally succeed in getting refugee status can be one of the most difficult moments. Temporary support stops four weeks after that status is granted. The refugee can now work and is eligible for normal welfare benefits, but has just one month to find new accommodation and get a job, or else negotiate a whole new set of form filling, interviews and bureaucratic requirements. Doctors and therapists interviewed for the Freedom from Torture’s report said: “There’s nothing worse for our clients than thinking all your problems have ended because you get ‘status’ and then becoming homeless.” For some, they said, this is the most difficult time of all, and the point where they finally break down.