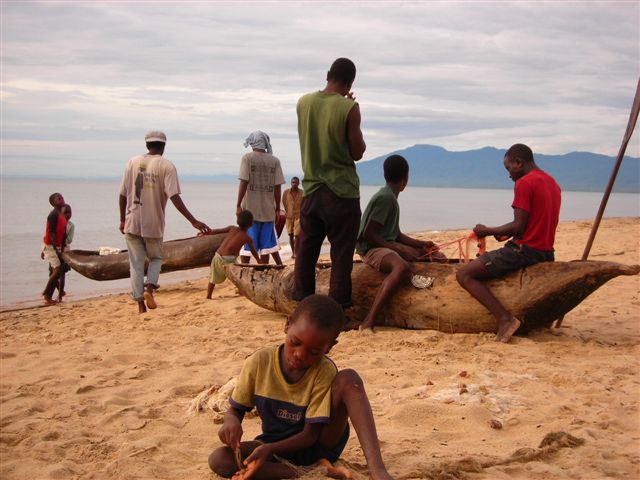 The Tonga ethnic group, who make up the majority of the estimated 200,000 people living in rural Binga District in Zimbabwe’s Matabeleland North Province, has for generations depended on fishing for food and an income. But unaffordable government levies are making their lives increasingly difficult. 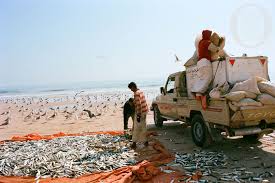 Binga District is too dry to make crop farming viable. The area is also under-developed despite being rich in mineral and timber resources. As a result, local communities look to the Zambezi river for fish – mostly bream and kapenta – for household consumption and sale to small-scale and commercial buyers from urban centres as far afield as Harare, some 500km away. Income raised from the fish is used to buy other food items, in addition to paying for school fees and medical expenses.

The Tonga used to enjoy unlimited access to the Zambezi but this started changing about two decades ago when government departments – including the Parks and Wildlife Management Authority, local district councils and the Zimbabwe Revenue Authority (ZIMRA) – began charging levies to fish the river. The fees at first were small and the authorities were not strict, but they have been increasing over the years, according to Kudakwashe Munsaka, director of Siabuwa Development Trust, one of the few community-based organizations fighting to promote the welfare of the Tonga.

“For a long time, we have been lobbying government to develop our area which is rich in natural resources. It is officially confirmed that there are good coal, gold, tantalite, uranium and diamond deposits and vast land under indigenous timber in this area but nothing is happening and we wonder why,” said Munsaka.

“This leaves the Zambezi river as our only salvation. and there should be unhindered access to it, but the problem is that the Tonga people are now virtually barred from fishing from it because of prohibitive levies and this is driving poverty levels up. Instead, the river is now benefiting fishers and traders from the cities and towns who have the money to pay the levies.”

Currently, anyone wishing to fish using nets or rods must pay US$5 a day, while commercial fishers operating boats pay $2,500 to the parks and wildlife authority every three months, $350 to ZIMRA and $40 per rig per year to the rur 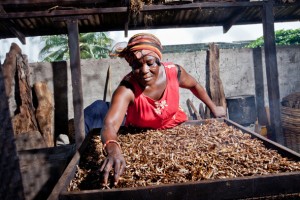 Fishing on the Zambezi river is dominated by commercial fishers from urban areas who are charged the same levies as the locals but often sell their catch in towns and cities at higher prices.

“Where can the villagers get the $5 a day to pay to fish when almost all of them are living on less than a dollar a day and are therefore extremely poor? What it means is that they have to resort to sneaking in to poach for fish or stay at home and starve,” said Munsaka.

Lainah Dube of the Zimbabwe Coalition on Debt and Development (ZIMCODD), an NGO that promotes sustainable economic and social policies for local communities and is helping villagers in Binga to improve their livelihoods, said there was a need for the authorities to revisit the amount of levies being charged. “We cannot afford them considering that our markets have been dwindling. It would help if us locals pay less than the outsiders,” she told IRIN.

She added that the authorities had also limited the times during which fishers could cast their nets from between late afternoon to early morning. “This has compromised our production levels and we are feeling the brunt because we hardly have anything to take home,” she said.

Those that are caught poaching often have to pay fines they cannot afford. The parks authority fines poachers $20 while those with unlicensed boats are charged $50.

Poaching has also given rise to corruption, according to Tracy Munenge, 34, a local mother of two who belongs to the Zubo Balizwi Trust, a struggling women’s fishing cooperative. “The parks and council officials leave you to fish and, at the end of the day, take whatever you caught, saying you were poaching. They even follow the villagers to the local shops where they will be selling their fish and take them away,” Munenge told IRIN. 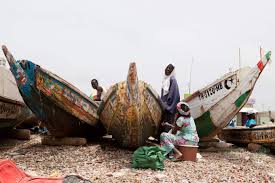 Caroline Washaya-Moyo, a spokesperson with Zimbabwe’s Parks and Wildlife Management Authority, insisted that wardens from her department were not corrupt and told IRIN: “We have always heard these complaints about the Tonga people being alienated from the Zambezi river, but we are operating within our mandate.”

She added that the levies would stay as they were a means of discouraging uncontrolled fishing that might lead to the depletion of fish or the extinction of some types of water life.

However, John Robertson, an economist, said the local authorities, ZIMRA and the parks authority were using the levies to boost their small budgets. “All these departments are operating on shoe-string budgets and they are just too happy to descend on the fishers to raise income for their own use,” he told IRIN.

The Zubo fishing cooperative started in 2011 with funding from UN Women but, according to Munenge, since some of the original members left and levies have increased every year, it is no longer viable. “At the beginning, things worked out well. There were 10 of us and two men who worked as captains. We used to share profits at the end of every month and managed to pay the levies. Only five are left now but, even then, we are not operating the rig because we are in arrears,” she said.

She added that scores of other villagers had joined fishing cooperatives in an attempt to pool resources for the payment of levies, but that all of them were struggling or had folded and that many were now resorting to poaching while others had turned to craft making for a living – weaving baskets or making furniture from the timber that is abundant in the district. But such ventures are still small-scale due to the lack of access to finance. 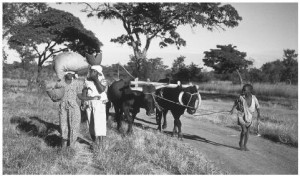 Salani Nyirenda, 69, a village head from Binga South, who remembers a time when the Tonga people had unfettered access to the river, said: “Government must allow us complete freedom to fish from the river. We must also be let to set up vegetable gardens along the river and there is need for irrigation schemes along the Zambezi. We would use the vegetables to feed our families and sell to the towns and cities. There is so much poverty here.

” He said national parks authorities had banned them from setting up gardens along the river”.

Francis Mukora of the Zimbabwe Community Development Trust (ZCDT), an NGO that campaigns for members of disadvantaged communities, said while the authorities were acting within the law by imposing levies, preventing the Tonga from fishing the Zambezi contradicted government policy to empower its citizens.

“This limits these communities’ access to their major source of income and fuels poverty and food insecurity while depriving them of highly nutritional but affordable food. While other people have been given farms [through the land reform programme], people from Binga must be empowered through adequate access to the Zambezi,” he told IRIN.