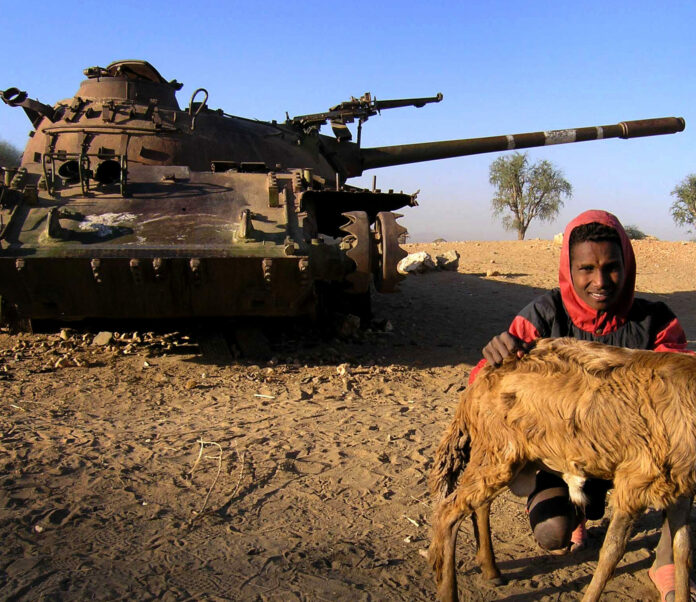 Sunday morning June 12, 2016. Eritrea and Ethiopia are fighting on the border in Tsorona. I am woken by frantic phone calls: “Did you hear the news? There is fighting in Tsorona!”, “Is it true?”, “What do you know?”

“No I have not heard the news. I have just woken up!”. “I do not know if it is true, let me check, you know how it is?! It is difficult to trust what either Government says on such an issue. Let us stay calm, there is no need to make a bad situation worse by panicking”.

The early morning wake up call, is followed by a frantic exchange on social media where everybody shares any and all news items on the particular event. I plough through these items and then remember friends and family members that may have people on the border so I call them “ how are your kids?” – “have you heard from them?” – inevitably the phone call ends with – “times are difficult” – “let us pray” and finally “if you hear something please let me know”.

Weeks after the event, we still do not know what happened. By the number of press releases that the Eritrean Government has issued, at least 5, we do know that the fighting of 12 June 2016 was serious. The Eritrean press statements confirm that the fighting happened and that typically Ethiopia started it and that Ethiopia has suffered heavy casualties. There is no mention of the number of Eritrean casualties and yes, everything is the fault of the United States of America. The Ethiopian statements were limited and predictably they blame the Eritreans for the fighting.

Hungry for information that in fact was not forthcoming, and is not forthcoming from either Government, we were all left to our imagination and our nightmares: “Did this latest conflict happen as an Eritrean effort, post UN Human right report, to demonstrate to the world that Ethiopia is a real threat and that the never ending national service is justified?”.

Or: “Is this latest conflict an attempt by Ethiopia to warn the EU and other Western Powers that the Eritrean Government is dangerous and should not be trusted? And somehow deflect the focus on their own human right issues?”

Typically the truth, when it eventually surfaces, will be more complicated and nuanced than even what we can imagine. In the meantime time passes, the dust settles, the dead are buried, families grieve. The sun sets and the sun rises again, night is followed by day, life goes on and there is no solution for the conflict along the Eritrea/Ethiopia common border – the no war no peace status quo remains.

In the meantime the Horn of Africa analysts dust out their analyses and are busy reminding the world that the hostilities between Eritrea and Ethiopia arose because of a border dispute.

The continuation of hostilities have implications for the security and stability of the Horn of Africa region as both countries engage in a tit for tat – the enemy of my enemy is my friend diplomacy. The analysts refer to the 2010 Algiers Peace Agreement, specifically to the provision that the decision of the Eritrea Ethiopia Border Commission is “Final and Binding” and they advocate for the guarantors of the Algiers Agreement to take measures to ensure that Ethiopia abides by the decision that Bademe is Eritrean Territory and withdraws from the area. This is possibly the only point of congruence between the Analysts and the Government of Eritrea.

I agree that, ideally, two Governments that agree on a mediation process to determine a dispute such as in the case of the border dispute between Eritrea and Ethiopia, should abide by that decision and use their best efforts to implement it and work towards long term reconciliation. I am also of the view that leadership of a nation requires the intelligence and flexibility to recognise when a policy/direction is not achieving the desired results and thus change direction . 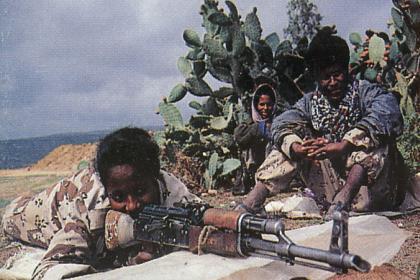 In 2010, the words ‘Final and Binding” were written on paper, over time as the resolution of the border dispute stalled, these words have transformed themselves into a stone. They have become a stone around the necks of the Eritrean people. To these words ‘ Final and Binding ‘ a generation of Eritreans has been sacrificed . These words have drowned us and driven us from our land more effectively than any invading army.

“Final and Binding” the epitaph on the tombstone of a lost generation of young Eritreans. Final and Binding, the insanity of the Eritrean leadership sticking for more than 14 years to a hard line policy, of not talking with Ethiopia, a policy that is not working . It is time to change the approach! It is time to talk! If we are all dead it will matter little that we were right and that the determination of the Border Commissions was “Final and Binding”. 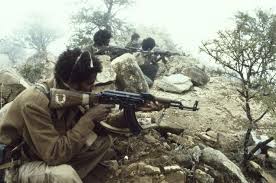 The work that Eritrean Organisations, in the diaspora, are doing to inform and support the UN Commission of Human Rights, to support and mobilise communities and civil disobedience in Eritrea, to organise the protest marches that have taken place in New York and Geneva , as well ass the Stop Slavery and the Free Siemens Tshaie campaigns, clearly show that we have the capacity and the willingness to organise around specific issues. We must organise around the resolution of the Bademe impasse, just like we are organising around human rights and never ending national service.

We must demand that the Government of Eritrea, for the sake of the people of Eritrea, swallow it’s pride and engage in talks with Ethiopia to finally resolve not only the border issue but also the many details of how we can live in peace as neighbours . We must also demand that engagement with Ethiopia must be a policy of any Eritrean opposition hoping to win our support. We must remove this stone from our necks.