Local authorities in the Far North Region of Cameroon estimate that as many as 25,000 Nigerians have fled into the region. The UN Refugee Agency (UNHCR) says it has registered some 11,000 refugees.

Recently, some 2,800 refugees were moved to Minawao camp 130km from the border, bringing the total camp population to around 6,000. Many refugees have opted to stay in border villages in Mayo-Tsanaga and the Logon and Chari areas, hoping to return home quickly if the violence subsides. Boko Haram’s incursions into northern Cameroon have become frequent of late.

In April, suspected members of the group abducted and later freed a Canadian nun and two Italian priests. In May, 10 Chinese construction workers were seized by armed men also believed to be Boko Haram members. The Chinese are still being held in captivity. In late July, suspected Boko Haram militants attacked the town of Kolofata and kidnapped the wife of Cameroon’s deputy prime minister and two other people. Residents now live in fear and their movement is also restricted by tougher security measures. 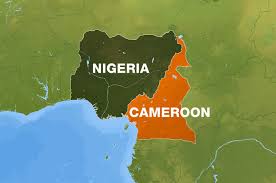 Since then, UN agencies in Cameroon have only been undertaking priority activities such as assisting refugees and some host communities, said Jacques Roy, World Food Programme (WFP) representative in Cameroon. “It’s becoming more and more difficult. We don’t want to put our workers at risk. It has become more dangerous to travel around. The [worry] for us is that we know that the food security will worsen for the local population because the cross-border trade has been hampered and prices of imported food have been rising. Farming could be affected and there is a high probability of a further influx of refugees, and this will put more strain on the local population,” Roy told IRIN.

He explained that WFP was now working with local aid organizations to transport and distribute food that it had pre-stocked at Minawao camp, and in villages and health centres in the region. Food stocks at Minawao will last for the next two months. “By November we expect that there could be breaks in our food pipeline unless additional funding is secured very soon,” WFP said in an email response to IRIN. “For our nutrition response, breaks are expected earlier and some health centres have already started running low on certain specialized nutritious products. Consequently, we might have to cut down temporarily on the special nutritional support to vulnerable populations in some areas.”

Cameroon’s Far North and North regions have the highest rates of food insecurity in the country, with 54 percent of households facing shortages. It is feared more will lack enough food in the current lean season until harvesting starts in October-November, according to WFP. A nutrition assessment conducted by WFP and UNHCR in June found high rates of malnutrition among refugee children. 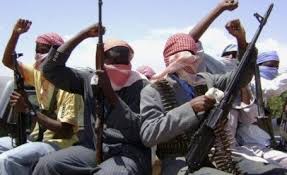 In one village where the refugees have settled, general acute malnutrition was 25 percent, way higher than the 15 percent emergency threshold. Countering insecurity Authorities in the Far North Region have imposed a night curfew and banned vehicle and motorcycle movement at night to try to curb the raids by the Islamist insurgents which have occurred despite a heavier military presence in the remote region.

The deteriorating security is also catalysing a cholera outbreak that has infected more than 1,400 people and killed scores others. The UN Children’s Fund (UNICEF) recently voiced concern about the impact of insecurity on efforts to curb the spread of the disease in northern Cameroon. In a recent interview, UNICEF’s representative in Cameroon told IRIN she feared that insecurity would prevent community health workers from reaching the affected population.

“Since Boko Haram attacks have not spared Cameroon’s Far North, it has become difficult for relief organizations to expand their operations,” said Leonard Bello, head of Mayo-Tsanaga Division in the Far North Region. There is limited humanitarian help reaching the refugees settled in border villages due to the rising insecurity. WFP’s Roy said that since the late July attack, they could no longer reach those refugees.

Authorities in the Far North have in the past expressed concern about refugees staying with their Cameroonian relatives rather than going to Minawao camp. They fear Boko Haram elements can infiltrate villages without being detected, although some of the latest attacks have been brazen rather than stealthy, and even targeted gendarmerie bases. 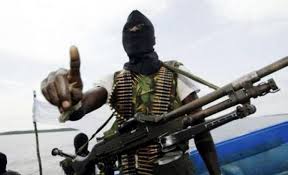 Cameroon’s Far North Region and northeastern Nigeria are home to ethnic groups that have family on either side of the border, speak the same language and share a common culture. For some, crossing the border to live with relatives in times of difficulty is not considered as seeking refuge.

The authorities worry that such situations make undetected cross-border movement easy. Relief agencies in Cameroon estimate that as many as 50,000 Nigerians will have crossed into Cameroon by the end of the year. In Nigeria’s northeastern Adamawa, Yobe and Borno states ravaged by Boko Haram’s attacks, some 650,000 people have been displaced, according to UNHCR. Cameroon currently hosts 107,000 refugees from the Central African Republic who have settled in villages in the country’s eastern region. Many of them arrived this year as hostilities worsened. The number is expected to rise to 180,000 by the end of 2014.

IRIN
IRIN is the humanitarian news and analysis service of the UN Office for the Coordination of Humanitarian affairs.  The opinions expressed  do not necessarily reflect those of the United Nations or its member States