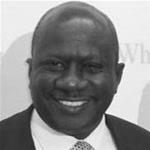 Tensions between the Sudanese regime and militia commander Sheikh Musa Hilal has reached a tipping point in recent weeks.

On July 20, Sudanese Vice President Hassabo Abdel Rahman announced the launch of a disarmament campaign to confiscate weapons and unlicensed vehicles across Darfur. In response, Hilal made a number of inflammatory statements, saying that the disarmament campaign aimed to eliminate him and threatened military action against it. As the commander of the Border Guards militia, he currently has around 3,000 men based in an enclave under his control in North Darfur.

The situation could easily escalate and trigger a new phase of war and chaos in Darfur and threaten the capital Khartoum. Controlling Hilal would be difficult and Sudanese President Omar al-Bashir does not have many options to do so.

Who is Musa Hilal?

Musa Hilal was involved in the founding of the notorious Janjaweed, a loose group of armed militias which have fought since 2003 alongside the Sudanese government in its brutal war in Darfur. He is also the sheikh (tribal leader) of the Mahamid clan of the Rizeigat Arab tribe of northern Darfur.

Hilal was recruited by Bashir’s regime to organise and lead the Janjaweed to fight against the Darfuri armed groups of the black African tribes of Darfur. Land, money and power were the incentives that Bashir offered the commander and his militiamen to fight on his side. Throughout the 14 years of conflict, Hilal was insisting that he was defending his people and the country against the armed movements.

The Janjaweed and its sub-group, the Border Guards militia, committed heinous crimes against the black African tribes of Darfur, for which the UN Security Council imposed sanctions on Hilal in April 2006. According to Human Rights Watch, “Hilal and his men played an integral role in the two-year campaign of ethnic cleansing by the Sudanese army and the Janjaweed militia.”

In July 2004, the Security Council adopted Resolution 1556 demanding that the Sudanese government disarm and disband the Janjaweed and bring their leaders to justice. Defying the United Nations, Bashir not only did not disband the militias but also in 2013 ended up incorporating the fighters into the Central Reserve Police, Border Guards and the newly created Rapid Support Forces (RSF). Thus, the Borders Guards and the RSF are just different names for the Janjaweed.

Hilal was also a member of Bashir’s ruling National Congress Party and held a seat in the Sudanese parliament. In 2008, Bashir appointed him special adviser for the ministry of federal governance.

In 2016, a confidential UN report surfaced in the media revealing that Hilal was making $54m a year exploiting unregulated gold mines in Jebel Amer in North Darfur. The Sudanese army had effectively given away the area to his forces by withdrawing in 2013 to avoid clashes.

The rift started in mid-2013, when Hilal left Khartoum angry that the regime was ignoring his political demands. He returned to his hometown of Mustariaha in North Darfur. The situation deteriorated further when Bashir appointed the second most prominent Border Guard commander, Hamdan Hemeti, field commander of the RSF, which is attached directly to the presidency.

In 2014, Hilal withdrew from the ruling party and established the Awakening (El Sahaw) Revolutionary Council to serve as a political body representing his interests. The council also has an administrative and judicial role in the areas controlled by Hilal in Darfur.

Since his relations with the ruling regime soured, Hilal has accused the Sudanese security agencies of attempting to assassinate him several times. He has also repeatedly said that Bashir did not treat him fairly and did not reward him for the sacrifices that he made when he fought with the government against the armed rebellion in Darfur.

In recent weeks, Hilal has escalated his war of words against some of the government’s officials, accusing them of corruption, conspiracy and betrayal. He has mainly attacked Vice President Abdel Rahman and General Hemeti. In a widely circulated video, Hilal accused the two men of stealing millions of dollars that Saudi Arabia and the UAE offered the Sudanese government for its participation in the war in Yemen.

Hilal has opposed the deployment of the RSF militia in Yemen and has been openly calling on his fellow tribesmen not to go and fight there. Most importantly, Hilal crossed the regime’s redlines by establishing contact with the Libyan General Khalifa Haftar. The Sudanese government considers Haftar an enemy and has accused him of supporting armed groups to destabilise Darfur. For his part, General Haftar has repeatedly accused the Sudanese government of supporting his opponents in Libya. Last month, the government arrested many of Hilal’s militiamen, including his personal guard, as they were entering Darfur from Libya.

It is evident that Hilal has become a real problem for Bashir and his inner circle, posing a real military and political threat. He is also a judicial and legal liability for Bashir, as he possesses a lot of important information and evidence about the early stages of the Darfur conflict.

Nevertheless, the regime is not in a good position to confront Hilal militarily, as its armed forces and militias are over-stretched. These forces are currently deployed around the capital city Khartoum to defend it against any potential rebel attack and in Yemen as part of the Saudi-led coalition against the Houthi rebel group.

It is obvious that Hilal is an angry man; he has repeatedly expressed his bitterness and dissatisfaction with Bashir for not rewarding him properly. Thus, the current tensions are essentially about power and money and do not reflect a genuine change of heart for Hilal or his total break with his criminal past. He never apologised for his crimes and it is unlikely that he all of a sudden started feeling remorse.

That is why Hilal chooses his words carefully; he has never openly attacked Bashir or the Sudanese army. On the contrary, he keeps repeating that his Border Guards militia is still a part of the Sudanese armed forces.

It is, therefore, likely that Bashir will eventually try to contain Hilal by offering him concessions in terms of power and resources as he has done many times in the past. It is possible that he is considering removing Vice President Abdel Rahman to defuse tensions and offering Hilal a say over certain political appointments at the state and federal levels of government. He might also be granted full access to the Jebel Amer area to continue extracting gold undisturbed.

Bashir may also just let Hilal’s Border Guards and Hemeti’s RSF fight it out and weaken each other. As the Darfuri armed rebellion diminished in recent years and the services of the pro-government Janjaweed militias (like Hilal’s) are no longer needed, they logically pose a security threat for Bashir’s regime. Infighting is the perfect solution to the problem, from the regime’s perspective.

But as Bashir tries to reign in the very militiamen he empowered 14 years ago, some two million internally displaced persons are still languishing in camps, living in dire conditions. The cholera epidemic, which the government has not publicly acknowledged, has affected thousands and claimed hundreds of lives.

Shifting regional dynamics, including the Gulf crisis, General Haftar’s growing strength in Libya and Chad’s decision to break off relations with Qatar, could spill over to Darfur and worsen the crisis. Sudan urgently needs a comprehensive peace plan and a well-managed political transition to democratic government. This is the only way to avert the risk of renewed conflict or disintegration, which could have disastrous consequences for regional and international peace and security.