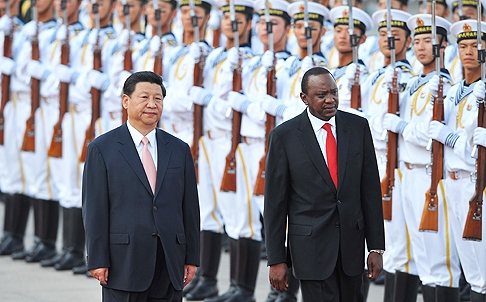 Special for Africa ExPress
Michael Backbone
Juba, October 4th 2014
Some six years ago, the Kenyan Police issued a tender for the procurement of a network solution that would help their activity Nationwide through Videosurveillance devices and Radiocommunications systems ensuring a better responsiveness in order to fight criminality in a better and more modern way. This tender never ended up in a project of any kind as visibly the times were not ripe for the same: 2007/8

Four years later, in 2011 a similar tender was issued through the auspices of Eximbank China, in charge of financing Chinese projects in foreign countries under the condition the participants to the bidding process were all of Chinese origin: this is a consolidated practice in what are called “bilateral financing agreements” so to make sure the monies funded by the friend country came back to the companies of that country, creating the conditions for offshore business to be made. 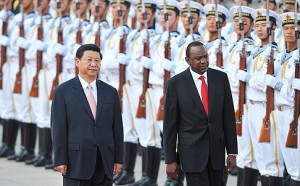 In this aspect, Chinese are second to none as they have financed (and still do) projects everywhere their money is accepted in Africa and elsewhere in the world.

The process for such financing to be established and assigned typically starts with a (Chinese) company unveiling a project, then presenting the same for consideration to the local Embassy and then forwarding it to the Ministry of Finance in China, who through its Eximbank organization shall decide (in most cases positively) for granting the financing to the company that initially brought this project to the Embassy’s attention.

There is indeed a business development role every Chinese company systematically pursues on foreign soil, and a first-comer right is applied at Embassy level assigning the project in question to the one company who first presented it.

As such a number of companies, the usual (Chinese) suspects of the Telecoms sector partook the tender that was aiming at establishing a Command and Control structure, video Surveillance and Radio communications for the Kenya Police at National level in 2011.

The project got vetted by the Chinese Government a pretty important amount for the undertaking, 144M$ equivalent, only destined to Chinese bidders.

The process of the bid took a good three months in its preparation and somewhat more for its scrutiny: ZTE, the Chinese telecoms company got awarded in January 2012, and immediately after Huawei its fiercest Chinese competitor, appealed to the High Court stating the process of award was flawed.

One would not have nothing to object to an appeal in normal conditions, however the Kenyan local newspapers gave emphasis to the event and the following days the Police through its Tender Commission stated not only that the project would have necessitated far less funds for achieving the same result, but also that none of the shortlisted candidates had met the technical criteria imposed by the tender.

A brave demonstration of public officers caring for its taxpayers? It more looked at the loser firing all its bullets against the winner…..

The supposition that some envelopes had been shifting hands prior the award became though palpable and possibly an equal number of the same were given upon the award.

But in February 2012 the tender got canceled and silence labeled that whole story. 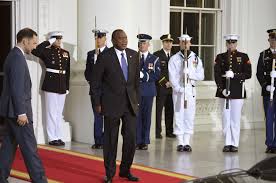 In September 2013, the Westgate tragic events triggered the cynicism of some companies in trying to address the Public Powers with an identical proposal urging the new leadership of the country a solution was now necessary to Kenya and engaged into discussions with the deputed Public Powers in particular Interiors, NSIS and members of the Police previously involved in the project that was canceled.

In May 2014, while several companies were working hard at the idea of a solution, the press announced that President Kenyatta had awarded Safaricom with the deployment of a similar solution in scope and nature to the one that was marred by irregularities in 2012.

As such, surprise rose whilst reading the Daily Nation on the odd page the day of the announcement  displaying the detailed description of the solution technically supervised by the former Permanent Secretary for the Ministry of Information and Communications Technologies, while on the even page there was an article explaining why ZTE was not awarded the tender in 2012…..

Anyone wondering why this odd article would explain the reasons one year prior of the loss for ZTE could start imagining that some conspiracy had taken place and indeed a few days later the same Safaricom announced that Huawei was their technical partner in the venture.

In real terms, this was mud in the face of a Chinese firm to its fiercest Chinese competitor in a foreign country, Kenya.

The solution description matched practically all aspects of the project proposed in 2012 and strangely enough, the announcement of the award to Safaricom took place days after China’s Prime Minister visit to Kenya (May 9th), where on a Saturday, several similar agreements may have been inked before or after a Safari at the Nairobi National Park.

The pricetag somewhat doubled to the current 21.6Bn Shillings, 242M US dollars, just a mere 100M$ more to slash onto the Kenyan taxpayer.

But where will the funding come from?  From China in its own right proposing the same financing scheme that shall further force the Kenyan taxpayer to scrub its pockets searching for yet another source of repayment of the increasing debt incurred with China, presumably ending up selling some of its sovereign wealth to China’s citizens twenty years from now.  This should be about the time the first Kenyan refinery shall process its crude output in country for sure…..

Another generation, someone else’s worries.

In all this, the project is now alive and official. Kenya is subcontracting its National Security to a Country that by the way has no international experience in such projects, putting a brave national face with Safaricom as the project leader, who in his turn has never ever ran any other network but for making money out of its business as it should be.

What is worse, depending on the points of view, is that the so-called incumbent, enjoying 75%+ market share in a market with little to no competitors, will also be assigned through a barter agreement a set of frequencies that shall block the ambitions of the Government in the deployment of a next generation (4G) national network addressing the objective of bridging the digital divide.

In some way, the course of events are a demonstration of how damaging for a country is the partnership between a leader and an avid foreign supplier with endless pockets for funds backed by its home country.