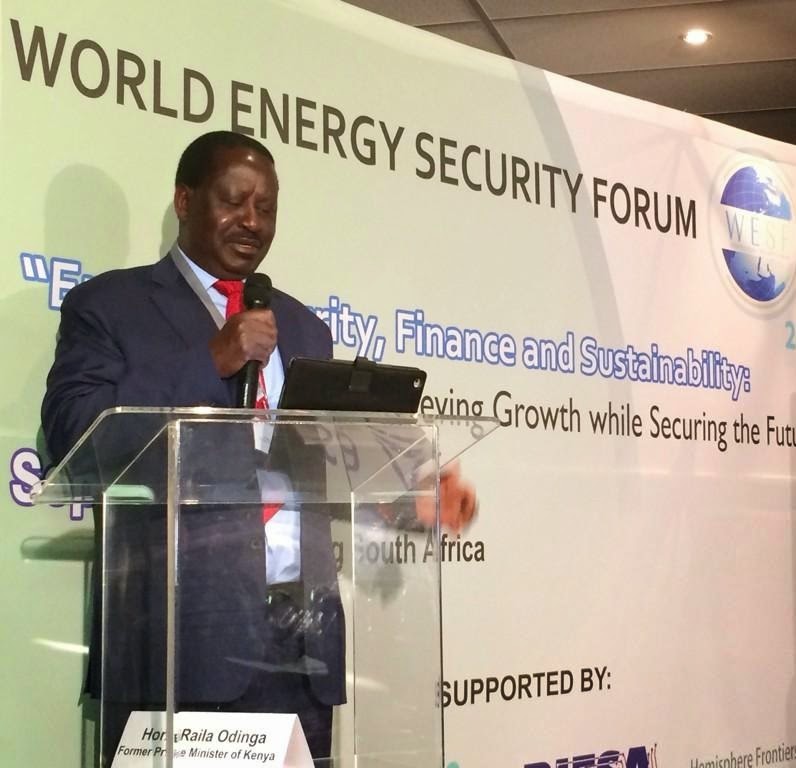 Africa Ex-Press
Johannesburg, September 2014
Opposition leader Raila Odinga has challenged African countries to end monopolies in the energy sector as a way of ensuring availability of reliable and affordable power. Raila said Africa needs to attract more investors in power sector to provide affordable, reliable clean energy if the continent is to emerge as the investment destination of choice. 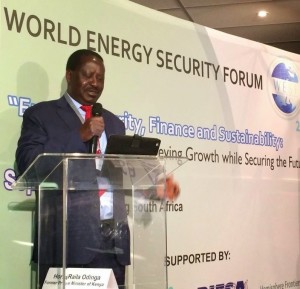 He said that while the general impression is that Africa is the next investment frontier, the Continent will reap less than other emerging markets due to low investment in power. He made the remarks while opening the World Energy Forum in Johannesburg, South Africa, at the beginning of September.

The forum brought together players from the private, public and academic sectors from all parts of the world to discuss energy security, finance and sustainability with particular focus on Africa. ” The future belongs to nations that unlock investment in energy thus helping economic growth through energy efficiency, contributing to new jobs at lower costs. Our energy policies must prioritise security, efficiency, sustainability affordability and decarbonisation,” Raila said.

“As we pursue energy security, efficiency, affordability and reliability, let us accept that climate change is a reality, it is with us already and will get worse if we don’t act. If we don’t take this into account, all our investment today will be consumed in cleaning the mess tomorrow,” he added.

Raila said that while the State still has a role to structure the market and drive processes like affordable transition to low carbon technology through the right legislative framework, its main responsibility should be to provide reliable contracts to attract investment in the sector and particularly in the capital intensive low carbon technology.

“A rogue State can make the involvement of private sector into all these areas impossible, to the detriment of our people. Let’s go all out and provide the political, legal and financial framework to meet the energy security requirements of our continent and our climate change obligations to the planet at a cost that people can afford and in a way that attracts investors,” he said. 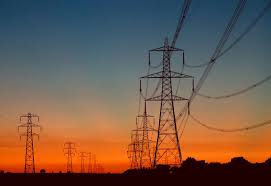 The former PM said Africa faces challenges in regard to energy adding that the continent’s domestic electricity markets are under developed and incapable of satisfying the overwhelming growth in domestic energy demand.

“Power cuts and blackouts are still frequent. Too many cities and villages are in the dark literally. Too many citizens and businesses pay too highly for the erratic power,” he said. Raila said the continent is lagging far behind other emerging economies which are its competitors for investments.

He said that compared to other emerging economies, Africa’s per capita energy consumption between 1998 and 2008 was unsustainably low.
Raila said that while Africa’s per capita energy consumption stood at 10 per cent between 1998 and 2008, the figures stood at 79 per cent for the Middle East, 111 per cent for China, 28 per cent for Latin America and 42 per cent in India. He said that in rural Africa today, only 1 out of 6 consumers is connected to the national grid. This translates into is over 900 million people without access to dependable sources of electricity. 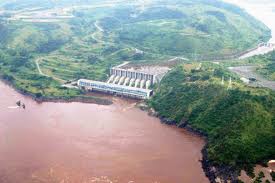 Raila said shortage of power was unjustifiable because the continent has immense potential for wind, solar, geothermal, hydro and biomass power supply. Onshore wind power resources in Africa are estimated to be 1,750 GW, far more than total African demand for the foreseeable future but the potential is virtually untapped Raila said. He said solar is the largest renewable resource by far in Africa being available in high quality everywhere, except in the equatorial rain forest areas but equally remains under exploited.

He said the East African Rift, especially parts of Kenya and Ethiopia, has abundant geothermal resources with potential to produce approximately 7 to 15 GW of electricity. But the contribution of geothermal to Africa’s electricity generation is modest, with about 210 MW of installed capacity.

In the pictures: Raila Odinga speaks at the Energy Forum in South Africa. In the last picture the Inga Dam, Democratic Republic of the Congo