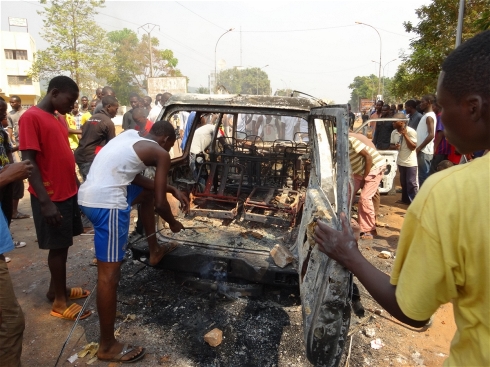 The UN sanctions committee unveiled a report on 11 July detailing the alleged involvement of named individuals and armed groups in major human rights violations in the Central African Republic (CAR). 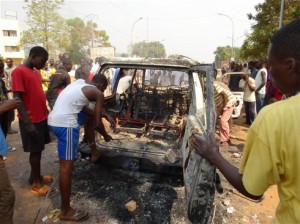 The report by a panel of experts on CAR also presents evidence on the groups’ sources of funding and weapons, and names individuals believed to be involved in trafficking natural resources, and funding, organizing and manipulating armed groups.

This briefing examines the panel’s findings and recommendations, and considers their implications, while also looking at other researchers’ suggestions for tackling economic drivers of conflict in CAR.

WHAT ARE THE EXPERTS’ KEY FINDINGS?

They also note 103 security incidents involving aid workers during this period, usually theft or extortion by armed men (in 26 cases by the Seleka, in 30 cases by anti-balaka and the rest by unidentified or other assailants). 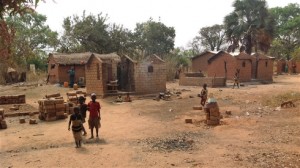 The panel names two Seleka commanders, General Alkhatim Mahmat and Colonel Issa, in connection with the killing of three aid workers and 15 civilians, and attacks on international forces, at Boguila in April, and two other Seleka commanders in connection with attacks on international forces and the abduction of four priests (later released). General Alkhatim was appointed deputy head of the “New Seleka” coalition in May.

The panel finds that the anti-balaka movement does not have centralized command and control but is a myriad of associated groups. It says anti-balaka groups associated with the former politician Patrice Edouard Ngaissona were responsible for attacks on international forces, and that Ngaissona has claimed to control the groups responsible for attacks on the main residual Muslim population in the capital Bangui.

Other conclusions from the report are that most of the CAR’s inhabited areas are under militia control, that the armed groups are exploiting diamonds, gold, ivory, bush meat, timber and other resources, that there is little evidence of breaches of the arms embargo on CAR, and that the country is de facto partitioned. It notes that a manifesto issued in May by Seleka’s military commanders initially called for partition, until the Seleka’s civilian wing persuaded the military to edit this out of the document.

WHAT ARE THE EXPERTS’ RECOMMENDATIONS?

Their final recommendations are quite brief. They call on CAR’s neighbours to release statistics on imports of natural resources from CAR, and for enhanced joint action to collaborate against illegal exploitation of natural resources, including wildlife.

They also urge the CAR authorities to certify that personnel in the defence and security forces are removed from their positions if identified as armed group members, and to ensure safe management of arms and ammunition.   In the body of the report the panel advises the sanctions committee to consider targeted sanctions against individuals named in the report.

Several analysts told IRIN that there will probably be more specific recommendations on sanctions in the panel’s end of year report, following more detailed research.

HOW READILY COULD THESE RECOMMENDATIONS BE IMPLEMENTED?

Analysts that IRIN consulted agree that the recommendation to the government to exclude armed group members from the security forces is unlikely to be heeded any time soon. 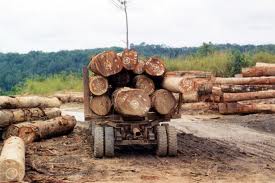 Thierry Vircoulon of the International Crisis Group commented that “this contradicts the idea of a negotiation with the armed groups, which is the politics of the day”.

A CAR summit is due to be held with armed group representatives and other political actors in Brazzaville on 21-22 July, with the main goal being a ceasefire agreement.

Kasper Agger, CAR researcher with the Enough Project, also questioned whether vetting the national army for militia membership is feasible or advisable at this stage, given that a high proportion of anti-balaka commanders are on the army payroll.

Human Rights Watch‘s CAR researcher Lewis Mudge concurred, while stressing that militiamen holding senior ranks in the army should be weeded out and held accountable for atrocities.

The transitional government has resisted pressure to sanction the anti-balaka kingpin in Bangui. After AU peacekeepers arrested Ngaissona in March and turned him over to the state prosecutor, he was immediately released. However, the panel comments that the government has succeeded in weakening Ngaissona, partly by giving posts to less militant anti-balaka leaders and by recognizing his rival Sebastien Wenezoui as the movement’s spokesman. 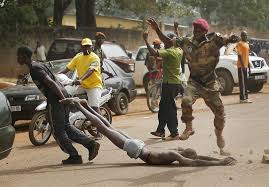 Vircoulon suggested that asset freezes and travel bans against the individuals named in the panel report need to be accompanied by action against their business partners, who are as yet largely unidentified.

The report names only a few civilian businessmen as possibly involved in illegal exploitation of natural resources – a big-time poacher, a truck owner transporting bush meat and a diamond collector – all CAR nationals.

As for the panel recommendation to neighbouring countries to divulge statistics on trade with CAR, most of these countries have so far not responded to the panel’s requests for information, so might not be keen to share this data.

WHAT SPECIFIC STEPS MIGHT BE TAKEN TO COMBAT TRAFFICKING?

The Kimberley Process for diamonds has already suspended CAR, which has affected prices for its diamonds and probably resulted in most of them being smuggled. 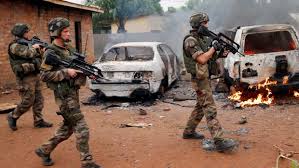 The Process might investigate any unusual spike in Congo Brazzaville’s and Cameroon’s diamond exports since they are both members of the Process although they produce very few diamonds (and Cameroon joined only last year).

But suspending either of those countries from the Kimberly Process might be difficult politically given that they are both contributing peacekeepers to CAR. And the country’s diamonds could then be smuggled via DRC which is a big enough diamond producer that a new flow of CAR stones would scarcely show up in its figures.

The Enough Project calls for the Kimberley Process to send experts to the diamond trading hubs in Antwerp, Dubai and India to check up on possible imports of illicit CAR diamonds. 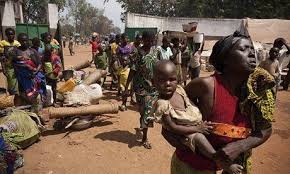 Another approach to helping the CAR realize some revenue is Crisis Group’s call for international forces to secure the country’s key diamond mines (and gold mines), so that collectors and state agents can return there. According to Vircoulon, the Kimberley Process would then be prepared to issue certificates for production from those mines.

Crisis Group also recommends that US forces in CAR could use helicopters, and even drones, to track poachers of elephants and other protected species. (Drones have been used for this purpose in southern Africa).

HOW LIKELY IS IT THAT THE UN WOULD AUTHORIZE UN PEACEKEEPERS (WITH THE FORTHCOMING CAR MISSION MINUSCA) TO GUARD MINES OR OTHER NATURAL RESOURCES?

MINUSCA’s mandate does not explicitly mention this role but does authorize the mission to help extend state authority. Crisis Group argues that CAR offers an opportunity for real state reconstruction (since the state is so dependent on donors), but for this to be effective donors must put their own staff in key ministries to shadow civil servants.

HOW COMPREHENSIVE IS THE PANEL OF EXPERTS REVIEW OF THE LINKS BETWEEN RESOURCES AND CONFLICT IN CAR?

Not very. There is almost no mention of the cattle trade as a driver of conflict. Crisis Group devoted a report last year to the links between transhumance and conflicts in CAR, Chad and DRC, and Human Rights Watch has also highlighted this aspect of the CAR crisis. 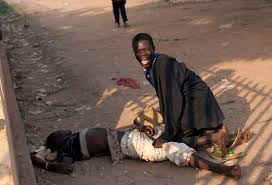 Donors have tried to mediate between Chad and CAR on the issue of mass transhumance, which is one of the reasons for the CAR’s “ethno-religious” split.

There is also very little mention of oil in the Panel’s report. The Enough Project recommends that the US appoint a special envoy to mediate transborder issues between Chad and CAR, including the possibility that oil drilling on the CAR side could affect oil production in Chad. The border zone between Chad and CAR has long been a haven for rebels and bandits and the oil boom in southern Chad has heightened the threat they pose to N’djamena.

Agreement on border issues will likely be crucial to both countries’ future stability.  Crisis Group argues that the CAR crisis is the result of decades of economic decline, and that stabilization will prove elusive unless the international community endeavours to transform a predatory system into a productive economy.

The think tank recommends that relaunching agriculture and other productive activities, and securing transparent revenues for the state, should be a priority for a stabilization plan, which should not be limited to the usual template of protecting civilians and organizing elections.

IRIN
IRIN is the humanitarian news and analysis  service
of the  UN Office for the Coordination of Humanitarian affairs.
The opinions  expressed
do not necessarily reflect
those of the United Nations or its Member States