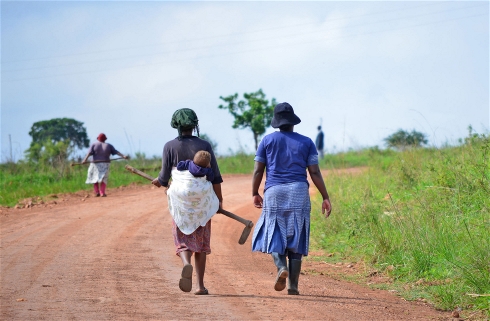 IRIN
Mbabane, 21 april 2014
A traditional two-year mourning period for widows during which women are expected to be confined and not work, is meeting growing resistance in Swaziland. The custom is ill-suited to today’s smaller more autonomous family units, and the cash-based economy, according to women who have begun to challenge the custom.

“When women dressed in black and stayed hidden in their huts, those huts were part of polygamous homesteads and the other wives and relatives ensured the widow and her children were fed. Those were also the days when there were no schools or hospitals and no need for cash,” Amanda Ginindza, a widow in her thirties who cut short the mourning period to six months in order to earn an income, told IRIN. 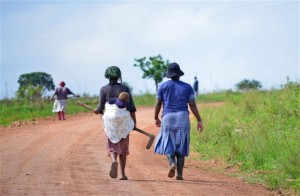 as furniture and electronics. They said it was his estate and that it is the property of his family. I thought I married into the family. That’s Swazi custom. They were not following custom because they were greedy and now they criticize me for working to make ends meet. We lived on my husband’s pay cheque when he was alive. He left us with nothing,” she said.

After a cleansing ceremony at the close of mourning period, a widow is expected to enter her deceased brother’s households as a junior wife. The practice remains widespread, especially within Swaziland’s rural communities. “My husband has no brother, thank goodness,” Ginindza said. “My own mother who stays with us told me I must do what I have to do to support us all. She is a very strict traditionalist. No eating fish, no appearing without a hat. She sees that times are changing.”

HIV/AIDS in Swaziland (with one of the highest rates of the disease in the world), and the rising cost of school fees, health care and transport, put a huge strain on traditional ways of living. “It’s not about disrespecting the dead. For widows the need to shorten mourning periods is about survival. The women need to be free to leave their homes and take jobs without facing discrimination,” Joan Thwala, a bank teller who defied family pressures and resumed work two months after her hu 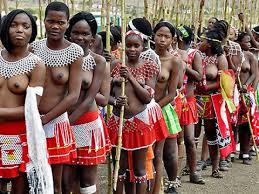 Thwala’s situation is atypical: Two thirds of the 1.2 million population live on communal land apportioned by the chief and there is no security of tenure, as land can also be taken away by the chief. Fighting back Widows are also banned from becoming parliamentarians, though during last year’s elections Jennifer Du Pont, a recent widow and resident of rural Ludzibini near the capital Mbabane, defied tradition and entered the primary election.

Swazi law and custom tends to take precedence over statutory law. So incensed was the area’s headman, Dumisane Dlamini, that he called a meeting of residents and threatened to evict anyone who voted for Du Pont. “The MP must represent you before the king. How can a widow do that because she is not allowed in the presence of the king?” Dlamini said. 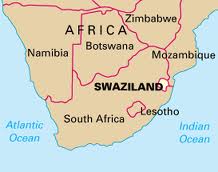 The headman’s warning fell on deaf ears and Du Pont advanced through the primary election, only to be defeated in the second round. “There were two candidates who were not permitted to enter their candidacies at all by the authorities because they came to the nomination meetings dressed in pants [trousers] and T-shirts. It was remarkable not because the chiefs blocked their candidacies, because that is to be expected from the male authorities, but that the women defied custom knowing the consequences. That is really significant for a place like Swaziland. Women are legal minors here. But women are no longer accepting their oppression,” Thab’sile Ndlovu, a women’s rights activist in Manzini, told IRIN.

The Swaziland branch of NGO Women in Law in Southern Africa says there are several legal structures designed to prevent women from owning property, taking out bank loans if they are married, and conducting other affairs without parental or spousal sponsorship. However, it was not illegal for a widow to cut short the prescribed two-year mourning period. “It just takes resolve to face down your in-laws and do what is required for yourself and your children,” said Ginindza. 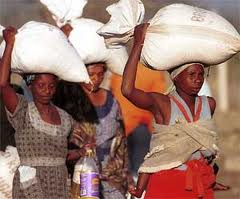 At a recent agricultural show in the southern rural community of Eqinisweni, put on by the Swaziland Rural Women’s Assembly, a network of women’s groups from more than 10 African countries, programme director Banele Mdziniso, said: “It is clear in the constitution that if you don’t want to wear the mourning gown, you should not; hence it should not be forced on anyone. Even with the mourning period, it is up to the wife to determine how long she wants to mourn her loved one. “I for one made it known to my community leaders that I am not going to have a blanket completely covering my head in case my husband passes away before me. If I don’t put on the mourning gown, that should be respected, as it is my right to wear or not to wear them. It won’t bring my dead husband back to life.”