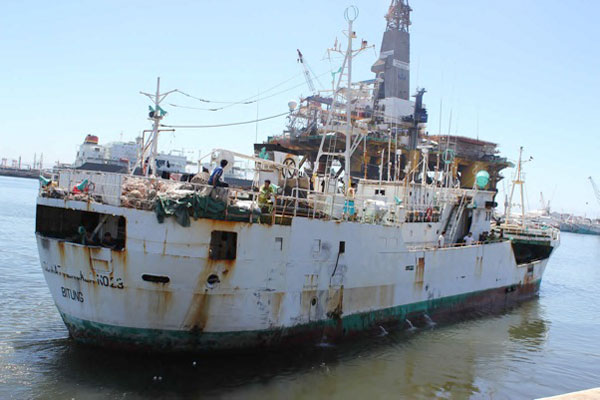 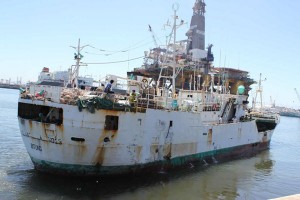 Taiwanese fishing vessels HSIEN MING No.1, CHANG FA No.1, SHYANG CHANG No. 889 and LIA YANG YU also managed to sail out of Mombasa port under questionable circumstances in the said period. SHYANG CHANG No.889 was briefly restrained from sailing due to maritime safety and security.

All these vessels pose immediate threat to the safety and security of the persons on board and a pollution risk to the marine and coastal environment as well as to political, economic and social stability in the East Africa region.

BERKAT MENJALA No.23 and SAMDERA PASIFIC No. 8 are both wanted by the South African authorities as they escaped from Cape Town harbor after they were impounded in December 2013. Purple notices were on 21 January 2014 issued by INTERPOL for both vessels.

They do not have fishing rights in any oceans and not from the flag state. The two Indonesian vessels were part of 7 or 10 ships arrested for IUU fishing in Cape Town last September.

Aboard the BERKAT MENJALA No. 23 and SAMDERA PASIFIC No.8 are 15 notorious North Korean sailors working aboard the vessels under suspicious instructions from international syndicate of maritime commercial criminals dealing with illegal gun running, illegal human trafficking, and illegal drug trafficking and illegal fishing.

Other crew members aboard these two fishing are comprised of Chinese, Taiwanese, Indonesian, Filipinos and  Vietnamese. Given that Mombasa port is a port of convenience, this is not the first time for a merchant ship or IUU Fishing vessels to escape from East African sea ports of Tanzania, Kenya and Somalia without trace. 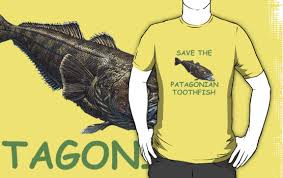 North Korean flagged Chilsanbong Cheonnyeonhoch is silently under captive in Somalia. The vessel is believed to have been taken by pirates in March 2012. It is said that some of her crew members were seriously wounded during the pirate attack on 31 March 2012. Contacts in North Korea told me that the ship is not insured so it will be very difficult to secure release of the vessel and her crew.

Am further informed that the matter was handled quietly by the DPRK for commando like rescue mission was underway but it did not materialize due to lack intelligence gathering and resources.

In December 2012 Puntland guards hijacked an impounded a North Korean bulker DAE SAN and its 33 North Korean crewmen. Dozen soldiers, who had been guarding the impounded MV DAE SAN for one month, took control of the ship. Puntland marine police caught the North Korea-flagged bulker’s crew on 16 November dumping 5,000 tons of cement 13 nautical miles east of Bossaso. The ship was originally transporting cement to Mogadishu, but it had been refused in the Somali capital because the cement had been spoiled by leakage. Puntland’s government had pledged that all 33 crew members held in Bossaso would be brought to trial. 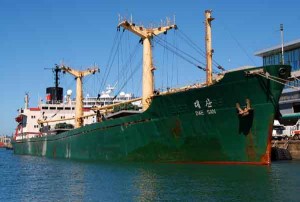 This vessel was in Mombasa from the 28 August 2011 loading 7,000 tons of bagged urea under the agency of Inchcape Shipping Services…this is very strange because port sources told me that she was laden with WFP relief cargo. The “DAE SAN” sailed from Mombasa on the 19 September 2011 without declaring a destination, although inquiries show she tracked north and was anchored off Mogadishu from 21 September 2011. She was last confirmed off Mogadishu at position Latitude 2.00473 Longitude 45.32897 as of 21:20 hrs, local time on the 24 September 2011.

Information we have indicates that when the “DAE SAN” arrived to Mogadishu, two other vessels were at the port / anchorage near her / visual vicinity. These were the Panama flagged “LUCKY LADY 1” and Togolese flagged “ASHRAF”. Apart from Kenya and Somalia the North Korean nationals and ocean-going vessels have been involved in many commercial crimes in Tanzania and the great lake region of East Africa. Eighteen North Korean military technicians and army officers are said to be in Mwanza repairing Tanzanian fighter jets, according to multiple sources in the sea port of Dar Es Salaam and in the great Lake Victoria. 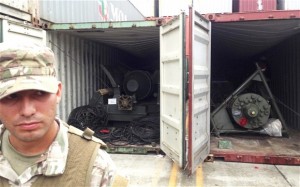 Next it called in Cuba in May, transited back through the canal in June, and was last seen heading in the direction of Nampho, North Korea, in August 2012. The last vessel movement cannot be confirmed, however, the vessel was 60-100 nautical miles away from Nampho port, in South Pyongan Province, North Korea. Chong Chon Gang was reported has a history of smuggling. The 36-year-old ship had been detained by Ukraine in 2010 and found to be carrying drugs and other smuggled items.

The same ship, registered in 1977 to Chongchonggan Shipping in Pyongyang, also breached international maritime laws in 2001 by traversing South Korea’s territorial waters near Jeju Island without approval from the South Korean Maritime Authorities.