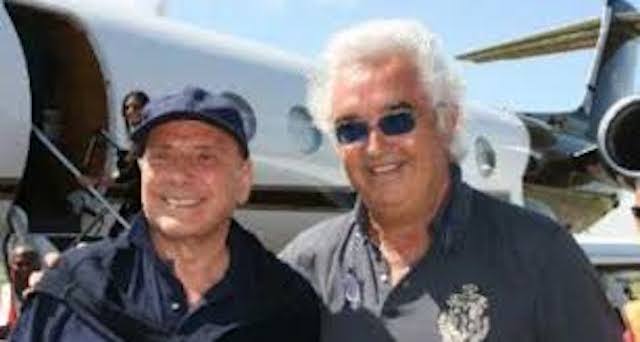 Special for Africa ExPress
Robert Nyagah
Malindi, 17th Jenuary 2014
Two Italian pilots escaped without injuries when the Italian billionaire Flavio Briatore’s luxurious private jet was pushed by winds and landed in a shallow trench causing panic at the Malindi Airport hanger where it had been parked. The luxurious jet registration number OE 1FB was parked at the apron when it slipped from wheels’ blocks on its own and landed in a drainage trench on January 16, 2013 at in the 2.00PM.

There was nobody in the when the incident occurred. But two Italian pilots who were outside the plane and had just finished inspecting the interior of the craft watched helplessly as the plane moved.

The mishap happened just some minutes after a Kenya Airways flight KQ640 landed. The plane was offloading passengers some 300 meters from the apron and the billionaires’ jet.

A Kenyan plane handler who was checking for the parking space between the Billionaires jet and the arriving KQ plane would have suffered injuries but managed to avoid the wind propelled jet on its way to the trench. The Kenya Airports Authority worker fell on the ground but did not suffer any injuries.

The airport staff at one time looked helpless because the terminal where the arriving passengers usually pass through is near the area where the luxury jet was stuck.

Four journalists who had come to cover the incident were arrested as they attempted to enter the terminal without permission from the KAA as required under the airport regulations that anybody entering the terminal must have a pass.

The journalists from Royal media Services’ Citizen TV, Radio citizen, NTV, and Radio Kaya were briefly held at the Airport’s security area after one journalist exchanged bitter words with the security personnel.

The situation however deteriorated and the journalists were later arrested and locked at Malindi airport police cells by the police for nearly one hour before being released. The Journalists were Samuel Ngamia citizen TV, Zomolo Wanje Citizen Radio, Nehemia Okwemba NTV and Charo Banda of Radio Kaya. Ngamia said they were harassed and intimidated by the KAA security because of wanting to take photos of the Billionaire’s jet

Another team of journalists who had gone to cover the same incident were ordered to go to the police station ‘to join the others’ by a female officer. As the journalists were being held at the cells, the KAA officials, security personnel the pilots and other staffs were busy trying to lift the plane from the trench. 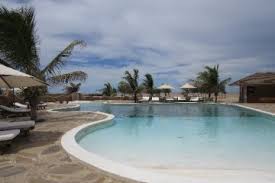 About 30 people had to be mobilized to push the jet from the trench, they succeeded at a around at 5.10 pm. Malindi Acting Deputy KAA manager Sammy Biwott confirmed the incident saying the situation had been controlled. “It is true there was a problem with the plane but the situation is under control and the jet is now safe,’’ he said when asked for comment.

He promised to give further details later as he was still waiting for a brief from the officers who were present at the time the incident occurred.

A reliable source at the airport however said the plane handler was to blame for not taking serious safety measures when the plane was parked in the morning when it arrived. The Source said the handler only kept a wooden chunk at the front tyres instead of the normal rubber ones used which slipped easily when the plane was pushed by the winds. It is suspected also the pilot forgot to pull up the hand brake of the jet.

Briatore is the owner of the new Sh. 500 million luxurious Billionaire resort and Lion In the Sun and has been in Malindi since the start of the Christmas and new year holiday accompanied by his wife and friends and was scheduled to leave the country last night.

Five years ago the family of Formula One driver Fernando Alonso and the driver narrowly escaped death after their luxurious jet hit temporary structure at the airport.

In the pictures: Berlusconi and Briatore at the arrival in Malindi airport few months ago. The logo of the luxury resort of Briatore and a swimmig pool at the resort