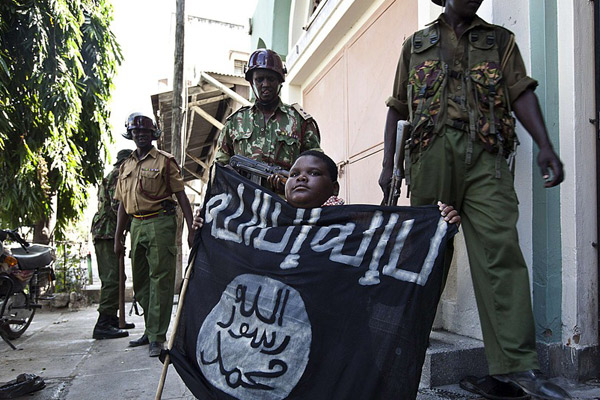 Special for Africa Express
Simon Bouvier
Nairobi, 4th February 2014
Local rights groups and religious leaders have challenged the official body count in the aftermath of Sunday’s storming of the Masjid Musa mosque in Mombasa. Police initially reported that one officer and one of the mosque’s occupants had died in the Kenya’s Anti-Terror Police Unit (ATPU) raid.  (You can read more about Sunday’s police operation at the Masjid Musa mosque here) Yet Khalid Hussein, a representative with local NGO Haki Africa says the number could be as high as seven including the deceased officer. 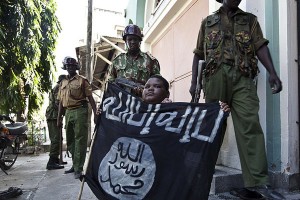 The Secretary-General of the Supreme Council of Kenya Muslims Adan Wachu condemned those who attended Sunday’s alleged jihadist recruitment session at the mosque, some of whom seem to have shot the police surrounding the mosque from inside the building. “The Supreme Council of Kenya Muslims is shocked by the utter illegality, criminality and un-Islamic actions by marauding youths in Musa mosque in Mombasa. We are unable to say the brand of faith they represent and in that regard, we completely disown them,” Mr Wachu said in a statement.

Other political and religious leaders criticized the police for what they say was excessive use of force. They insist most of the one hundred and twenty-nine who were arrested on Sunday were boys under the age of seventeen— with some as young as nine according to parents whose children were taken away by police.  Emergency services said fourteen of the youths suffered gunshot wounds in the raid. 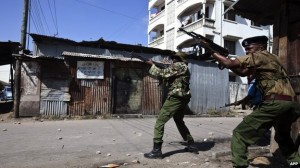 Abdulswamad Nassir, a Member of Parliament representing Mombasa’s Mvita constituency, said that Sunday’s raid would contribute to propagating religious extremism because the invasion of a holy place antagonizes all Muslims. He also strongly denounced the brutality with which he says the police handled the youths inside the Masjid Musa Mosque. “There is absolutely no justification for what they did,” Mr. Nassir told journalists at a press conference. “You do not fight words with bullets.”

The police have pledged to charge all of those arrested who are over fifteen years of age with belonging to a terrorist organization. They will remain in police custody until they appear in court on February 7th. 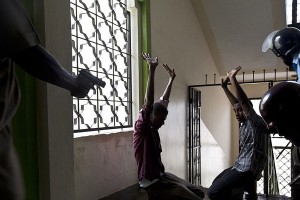 Security forces in Kenya are on high alert following intelligence reports that new terror attacks by hardline militants associated with al-Shabab could be imminent. The group claimed responsibility for the attack on Nairobi’s Westgate shopping mall in September.