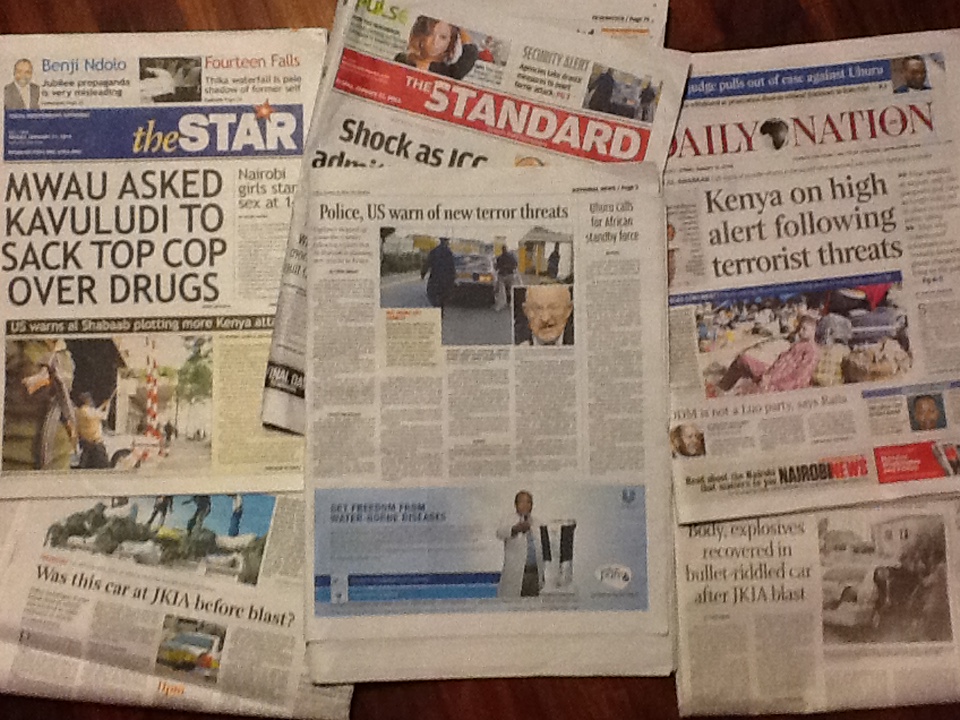 Security measures in the Kenyan capital Nairobi have been stepped up as newly released intelligence reports said the country is at high risk of another terrorist attack from the Somali terror group al-Shabab. Militants from the al-Qaeda affiliate claimed responsibility for the attack on Nairobi’s Westgate shopping mall on a Saturday afternoon four months ago. At least sixty-seven people died in a four-day siege that shook the nation. 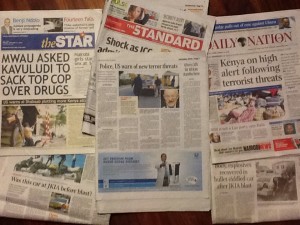 Comments made by the United States Director of National Intelligence James Clapper before a Senate intelligence committee on Wednesday mirror the assessment of the Kenyan National Security Intelligence Service (NSIS).  “Al-Shabab-associated networks might be planning additional attacks in Kenya and throughout East Africa,“ the top US official warned as part of the US intelligence community’s Worldwide Threat Assessment, adding that “East African governments will have difficulty protecting the wide range of potential targets”.

Mr. Clapper testified on the same day Africa ExPress reported on the murder of Ahmed Backshuweini in Malindi. A police reservist who was also an FBI counter-terrorism informant, Backshuweini had investigated such high profile terrorists as Fazul Abdullah Mohamed, who was al-Qaeda’s leader in East Africa until he was killed in Mogadishu in 2011. On Tuesday, gunmen on a motorcycle shot Backshuweini in the head three times at point-blank range while he was stopped at a traffic light in his car.

In Nairobi, long lines of vehicles formed in places the police judged to be at particular risk, including the Jomo Kenyatta International Airport where an improvised explosive device exploded at a coffee shop on January 18th  (there were no reported casualties.)

In a statement, the Kenya Airports Authority advised all departing passengers to arrive earlier at the airport because of increased security screenings. New procedures include thorough vehicle searches and frisking. “Due to security enhancements at all airports, passengers are advised to arrive for their flights at least one hour before the normal reporting time to cater for security checking during entry to the airport”, the statement said.

The increased terrorist threat follows the stepping up of East African involvement in the AMISOM peacekeeping mission in Somalia — al-Shabab’s home turf. The United Nations and African Union backed mission wrested control of Mogadishu from al-Shabab forces in 2010, and the group has been forced to operate from outside the Somali capital since.

Kenya is at particular risk of being targeted for new revenge attacks by the terror group after a Kenya Defense Forces (KDF) airstrike killed 57 militants—including several high-level al-Shabab commanders—in the western Somali province of Gedo on January 16th. 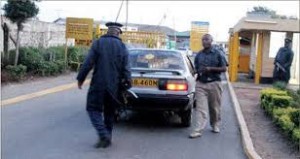 Kenyan chief of police David Kimayo appealed for the public to be especially vigilant of suspicious activity to complement the increased security measures. “The threats are there daily and you know these people who plan to execute are out there and police cannot be in all places,” he said. “That is why we urge public support to contain it. We have thwarted several other planned attacks in recent months.”

The tightening of security means the police has a cracked down on document forgers that sell fake passports and visas, potentially allowing terror suspects to slip into the country undetected. On Wednesday, a sting operation led to the arrest of nine men suspected of involvement in a document forgery ring. Among them was Mustafa Maalim, an agent of the elite Kenya Police Criminal Investigation Directorate, and Paul Okoth Alala, a Kenya Airways employee. Both Kenyan nationals, the two men were arrested alongside another Kenyan, two Ethiopians, two Somalis and two Bangladeshis.

In the pictures: Above, today’s newspapers; a Citizen TV package showing the Westgate mall attack and below, an officer carries out a vehicle inspection at  Nairobi’s Wilson Airport.