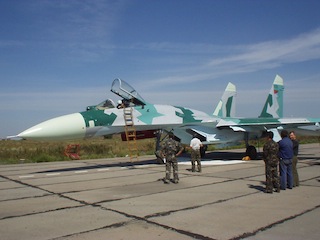 Massimo A. Alberizzi
29 dicembre 2013
Abtom Kahsay, a pilot of the military Eritrean air force fled to Djibouti. He would like to ask political asylum to an European country. Africa ExPress is required to keep the informayion about the country confidential. According with information collected by Africa ExPress, Kahasy seems to be the same pilot that at the beginning of 1998 war with Ethiopia bombed the city of Makelle, capital of Tigrai.

Africa Express was able to contact Abtom, who told us he joined the Eritrean aviation in 1992 and confirmed his participation in the Tigrai raid during the 1998 war with Ethiopia. This happened in May: a squadron of jet fighters coming from Eritrea bombed Makalle elementary school.

The officer, who was a flying instructor, talked about his family: “My ex wife emigrated to Sweden with our two children. I remarried an Eritrean. I left my second wife in Asmara. She’s pregnant”. 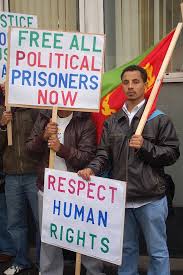 The major Abtom Kahsay fled to Djibouti crossing the border on foot this past 13th October, but nobody had heard the news which was kept a secret by both Eritreans and Djiboutians. Even the Eritrean diaspora websites did not mention the event. When he was asked why he fled Eritrea, he simply replied: “Because I cannot continue living in a country governed by a bloody dictatorship.”

The year 2013 has been full of escapes of military pilots from the former Italian colony, governed by a harsh dictatorship. There are at least 10 military officials who escaped, most of whom to Saudi Arabia. At the beginning of December the national football team, who was in Nairobi for an international championship, asked for political asylum and did not go back to Eritrea.