Husband and wife arrested on drug trafficking charges risk life imprisonment. Couple have languished in Nairobi’s decaying prisons since December 2004. Judge fails to appear. Hearing adjourned until 11 am on 28 June.

From Our Special Correspondent
Massimo A. Alberizzi
Nairobi, 20 June 2006

The torments of Angelo Ricci and Estella Duminga Furuli, the couple accused of large-scale drug trafficking, are far from over. Yesterday, they were awaiting sentence, which for this kind of crime can be life imprisonment in Kenya. But Judge Aggrey Muchelule failed to arrive at the court and the hearing was adjourned until 11 am on 28 June. The two Italians are answering charges of drug trafficking. The quantity involved is huge – 1.2 tons of cocaine worth 70 million euros, to be precise – and it is for that reason that Foggia-born Angelo Ricci, 70, and his Argentine-Calabrian wife Estella Duminga Furuli, 43, neither with any previous convictions, have been languishing since 14 December 2004 in Nairobi’s insalubrious jails. Five Kenyan citizens charged for the same offence are in jail with them.

All those arrested protest their innocence and have described how harsh life is in Kenya’s prisons. Detainees have to pick maggots and insects out of their food, sleep on the bare floor and submit to humiliations of all kinds. The drug trafficking of which the two Italians are accused is becoming controversial in Kenya. After the revelations published by the Africa ExPress, which referred to the involvement of top-level Kenyan authorities, the story was picked up by a number of other papers, including the prestigious Africa Confidential. It has the hallmarks of a Machiavellian international intrigue in which the two Italians and the other defendants have been cast as scapegoats.

The affair in which the Riccis are embroiled appears to be linked to a major scandal that is threatening the presidency of Kenya itself and involves leading members of the international Mafia. On Thursday 8 June, two Armenian brothers, Artur Margaryan and Artur Sargsyan, used their passes to gain entrance to Nairobi airport and prevent customs officers from inspecting nine suitcases owned by a female friend who had just arrived from Dubai. One of the two brothers produced a pistol and then the pair took the woman by the arm, seized the suitcases and marched off with a shout of “You don’t know who we are”.

The following day, the chief of police, General Hussein Ali, issued orders that the two were to be deported and not hauled before a magistrate for trial. The Armenians had been living in Nairobi but were expelled a few weeks earlier. At their home, police officers broke down the door and found assault rifles, jackets and berets with “Police” insignia, diplomatic licence plates, Kenyan passports and identity cards issued to police deputy superintendents and permits for access to high-security zones of the airport. There were fifteen cars in the garden, some with government licence plates.

According to the Kenyan press, Artur Margaryan claims to be the partner of Winnie Wambui, the daughter of Mary Wambui, the most influential of Kenyan President Mwai Kibaki’s advisers. It is also rumoured that she is his second wife of the chief of the State. Although Mr Kibaki has always denied it, this widely retailed piece of Nairobi gossip shows just how close the two are.

In an attempt to gag press accusations against the presidency, Kibaki suspended the head of the Criminal Investigative Department, Joseph Kamau, and a series of high-level civil servants, including Winnie Wambui herself, a special adviser to the Ministry of Water. It was discovered that their access permits enabled the two Armenians to enter all parts of the airport without difficulty. And it was also discovered that the two had taken delivery of at least twenty-nine containers without having to go through the usual customs procedures.

What was in the containers? Obviously something illegal, otherwise they would not have bypassed inspection. News desks at the Nairobi papers that are investigating the affair are in no doubt: “Cocaine”. Inquiries by the Africa ExPress have established that the huge quantity of cocaine the Riccis are accused of trafficking arrived at the port of Mombasa and was then transferred to Nairobi. Finally, some of it was taken to the Malindi villa that the Italian couple were employed to rent out, and had in fact leased to a group of Dutch citizens.

The drug was transported by a Mombasa-based company, Prima Binns & Pest Control, owned by two brothers, Abubakar, known as Abu, and Hassan Joho. The company has the contract for refuse collection and pest control in the port. Until just a few years ago, the two brothers and their four ramshackle lorries were on the point of bankruptcy.

Then in 2003, the year in which Mwai Kibaki came to power, they suddenly acquired wealth and a new female friend, the ubiquitous Mary Wambui.“They are extremely arrogant”, someone who knows them well but wishes to remain anonymous says bluntly. “They use money to bribe police officers. And they do it in public, quite shamelessly, in front of everyone. When Mary Wambui comes to Mombasa, the Johos send their black Mercedes to pick her up at the airport. For the Johos, getting goods out of the airport is child’s play. The Riccis have nothing to do with drug trafficking. The cocaine they are accused of selling was taken out of the port of Mombasa in the lorries owned by the Joho brothers. They stuff the packages in amongst the refuse and no police officer at a check point would dare to search them”. 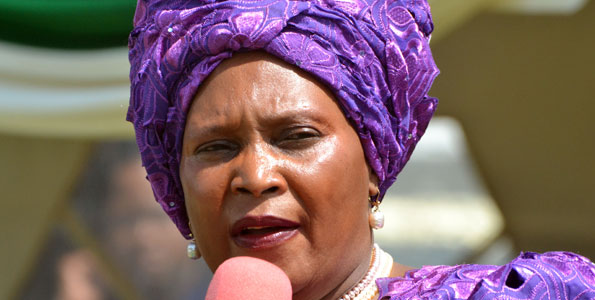 Abu and Hassan Joho are in partnership with Artur Margaryan and Artur Sargsyan. Their passes for the airport were issued to the Chelamed Ltd company, of which Abu Joho is general manager. But there is another embarrassing connection. The two Armenians are also in partnership with Baktash Akasha, a member of the powerful Akasha family, suspected of smuggling. Some time ago, Margaryan said that a female Akasha clan member was married to one of his managers. According to the Kenyan daily The Nation, the head of the family and one of Kenya’s richest men, Ibrahim Abdallah Akasha, is a former drug smuggler who managed to avoid a custodial sentence thanks to influential friends in government. He was killed in May 2000 in Amsterdam’s Bloedstrat (Blood Street), ambushed on his way to a meeting with an unknown dealer to discuss the non-payment of a consignment of heroin he had delivered to Holland in 1999.

The traffickers who used the Malindi villa rented to them by the Riccis were all Dutch, with the exception of George Kiragu, the husband of a Dutch citizen, Anita. Inspectors from the Netherlands are also making inquiries and have already arrested the individuals believed to be Kiragu’s accomplices in what is a complex international investigation. Their names are Robertus Johannes Stehman, Hendrik Baptiste Hermanj, Johan Neelen, Arien Gorter and Marinus Hendrik van Wezel, the organisers of the drug trade who found powerful friends in Kenya. When they fled just before police arrived at the villa in Malindi where the cocaine was found, they were able to fly to Nairobi undisturbed. They spent the night in the Hotel Panafric and the following morning embarked on a KLM flight bound for Amsterdam.

Like the Armenian brothers, the five had permits to enter restricted areas at the airport. No trace has remained of their passage through Jomo Kenyatta International Airport on 13 December 2004. Who covered their tracks and who issued their passes?

In the first picture Angelo Ricci and his wife Estella Furuli during the trial. In the second picture Mary Wambui