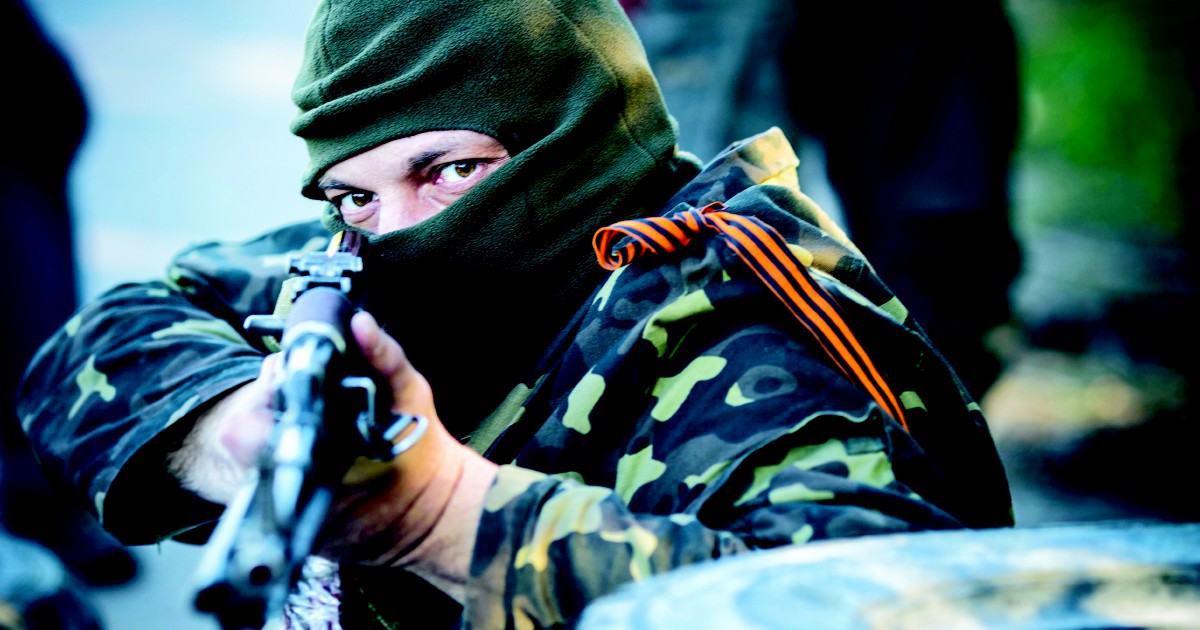 A Mayor Shot, Ukraine’s Flag Gone: Inside The Russian Takeover – Text By Suddeutsche Zeitung – KOSTIANTYNIVKA – It was still early on Monday morning in the east Ukrainian city of Kostiantynivka when the city administration and police station were visited by 20 weapons-bearing men wearing camouflage uniforms. Within a few minutes they had control of the seat of power in this city of 95,000 people, and it wasn’t long before they had erected a wall of sand bags, taken down the Ukrainian flag, and hoisted the black, blue and red flag of the ”Donetsk People’s Republic.”

Those who had been leading the city up to that point were either sent home or asked to stay for ”constructive talks,” as the commander of the armed men later put it. ”We came to guard the building and prepare the referendum,” he told Süddeutsche Zeitung.

Modeled on the Crimean referendum, there will be a May 11 referendum in certain parts of east Ukraine to determine whether they become Russian. The interim government in Kiev calls the referendum illegal. Or as the commanding officer in Kostiantynivka put it, the government in Kiev is made up of ”fascists who have burned people alive or cut their heads off.” The commander said he came ”from the region” and wanted to ”defend the homeland against the fascists.” But those familiar with the ”green men” who occupied Crimea will recognize the men now controlling Kostiantynivka. They are Russian special forces, who come complete with green camouflage uniforms, modern Russian sub-machine guns and bazookas on their backs. Once they have the sand bag wall set up, trucks come carrying concrete blocks to fortify the building further.

On this same Monday in Kharkiv – the second-largest city in eastern Ukraine, after Donetsk – pro-Kiev Mayor Hennadiy Kernes was shot in the back by unknown perpetrators as he rode his bike.

Back in Kostiantynivka, by the entrance to the municipal building, two loud speakers are set up to play Russian military mus