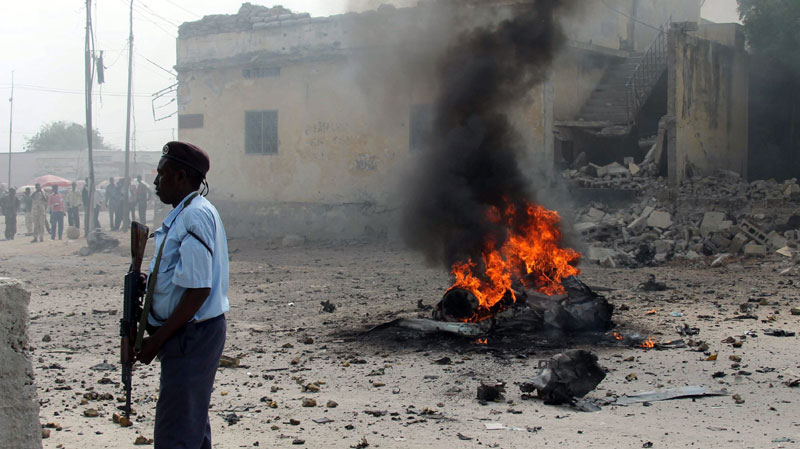 More than 12 persons dead while, more than dozens wounded when a suicide car bomb attacked a convoy of delegation of the United Arab Emirates trying to visits a military sites they reconstruct, eyewitness said after the explosion. 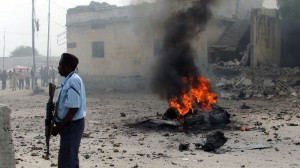 Hospital sources said more than 23 wounded people brought, some of them are in severe conditions. Independent sources said the dead people include 8 civilians, 4 soldiers guarding the delegation and 2 suicides.

Other details will send later when I got.

UPDATE
Death toll of soldiers r increased and reached 8, as local websites mentioned tonight. also, the convoy of UAE was carried and escaped to death the Ambassador of the UAE in Mogadishu, Mohamed Al-Othman, as local media reported. And, the spokesman of the Ministry of Internal security said the NISA (National Intelligence and Security Agency) forces were chasing all the morning to the suicide car and aborted to make more casualties.