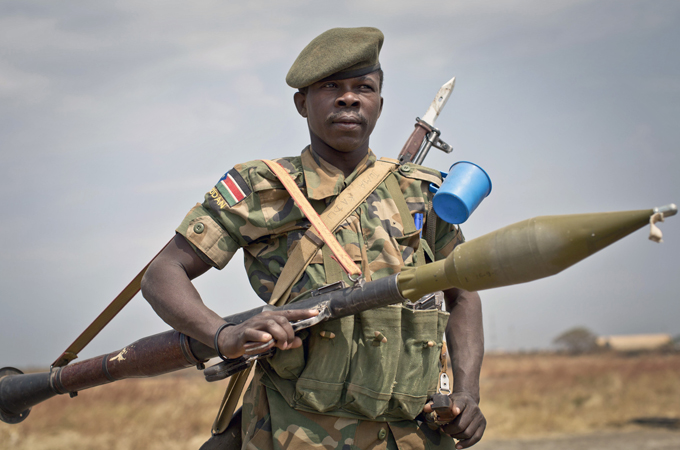 A South Sudanese government soldier stands guard as a delegation of visiting officials leaves from the airport in Malakal, Upper Nile State, in South Sudan Tuesday, Jan. 21, 2014. The government said Monday that it had regained control of Malakal, the capital of the oil-producing Upper Nile state, though the U.N. said its base there took fire, wounding nearly three dozen people and damaging the hospital. (AP Photo/Mackenzie Knowles-Coursin) 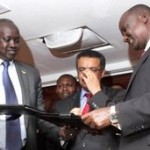 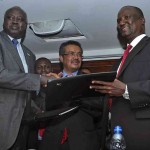