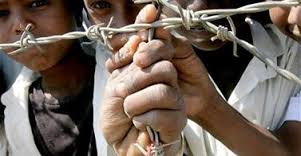 Decembre 29th 2013
Habtom Kahsay, a pilot of the military Eritrean airforce fled with his jet to Djibouti. He would like to ask political asylum to a European country. According with information collected by Africa ExPress, Kahasy it seems to be  the same pilot that at the beginning of 1998 war with Ethiopia bombed the city of Makelle, capital of Tigrai.

During 2013 at least 10 military pilot escaped from Eritrea, most of them landed their plane in Saudi Arabia. At the beginning of December also the national football team of Eritrea escaped during an International tournament in Nairobi.