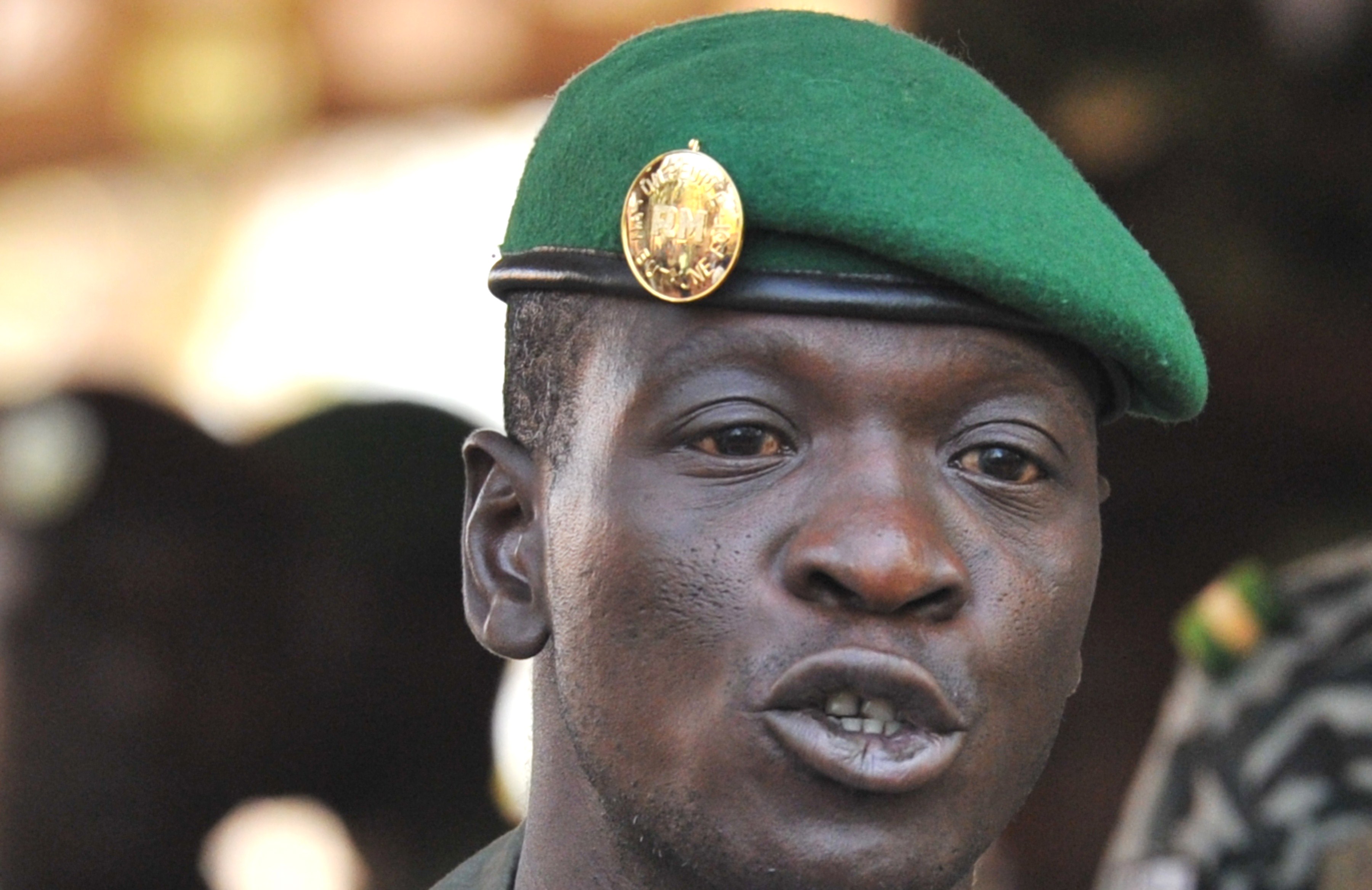 (FILES) This photo taken on April 3, 2012, shows Malian military junta leader captain Amadou Sanogo speaking at Kati military camp near Bamako. Sanogo, a soldier who led a coup that ousted Mali’s government and paved the way for a sweeping Islamist offensive, has been summoned to appear in court over alleged violence involving men under his command, police and judicial sources said on October 31, 2013. “The police (today) received a summons from the Malian courts for General Amadou Sanogo. According to the procedure, the notice shall be addressed to the Malian Ministry of Defence, which, in turn, will inform General Sanogo the summons,” said a source at a police station in Bamako. AFP PHOTO / ISSOUF SANOGO