OUR SPECIAL CORRESPONDENT
Somewhere near the Eritrean border,
Saba Makeda
4 October 2013
A Humanitarian corridor as requested by agencies such as Amnesty International the Melting Pot project (this latter has submitted a petition to the EU) should be established to manage the movement of asylum seekers/ refugees from Eritrea. We should not encourage third countries like Libya, Egypt, and Ethiopia to turn into prisons for Eritreans to hold them back.

Such action in my view will be defied by the Eritreans who are in fact escaping such a prison and once out of Eritrea will not allow themselves to be held prisoners any more. A holding back action will only benefit the human traffickers and in an indirect way members of the Eritrean regime who are involved in such actions. 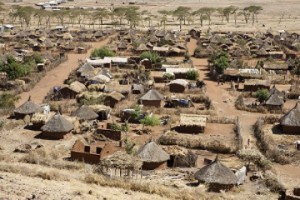 The setting up of the humanitarian corridor should have regard to the demographics of the Eritrean Refugee population which is primarily single and male:

At the same time there should be action on the following issue:

• Increasing resettlement options for Eritreans. Having consideration to the fact that>
o it is unlikely that there will be a quick regime change in Eritrea,
o That most of the countries of transit are themselves fragile if not in outright conflict with Eirtrea and are therefore not in a position to absorb Eritreans
• Expansion of the category of the definition of family , for the purposes of family reunification , to include brothers and sisters – at the moment family is limited to spouses, and children .
• Prioritisation for resettlement and family reunification of unaccompanied minors. The Eritrean refugee movement is particularly noted for the number of Unaccompanied minors
• Prioritisation of schooling for children in areas of concentration – in some case this could be combined with improvement of schooling for host communities