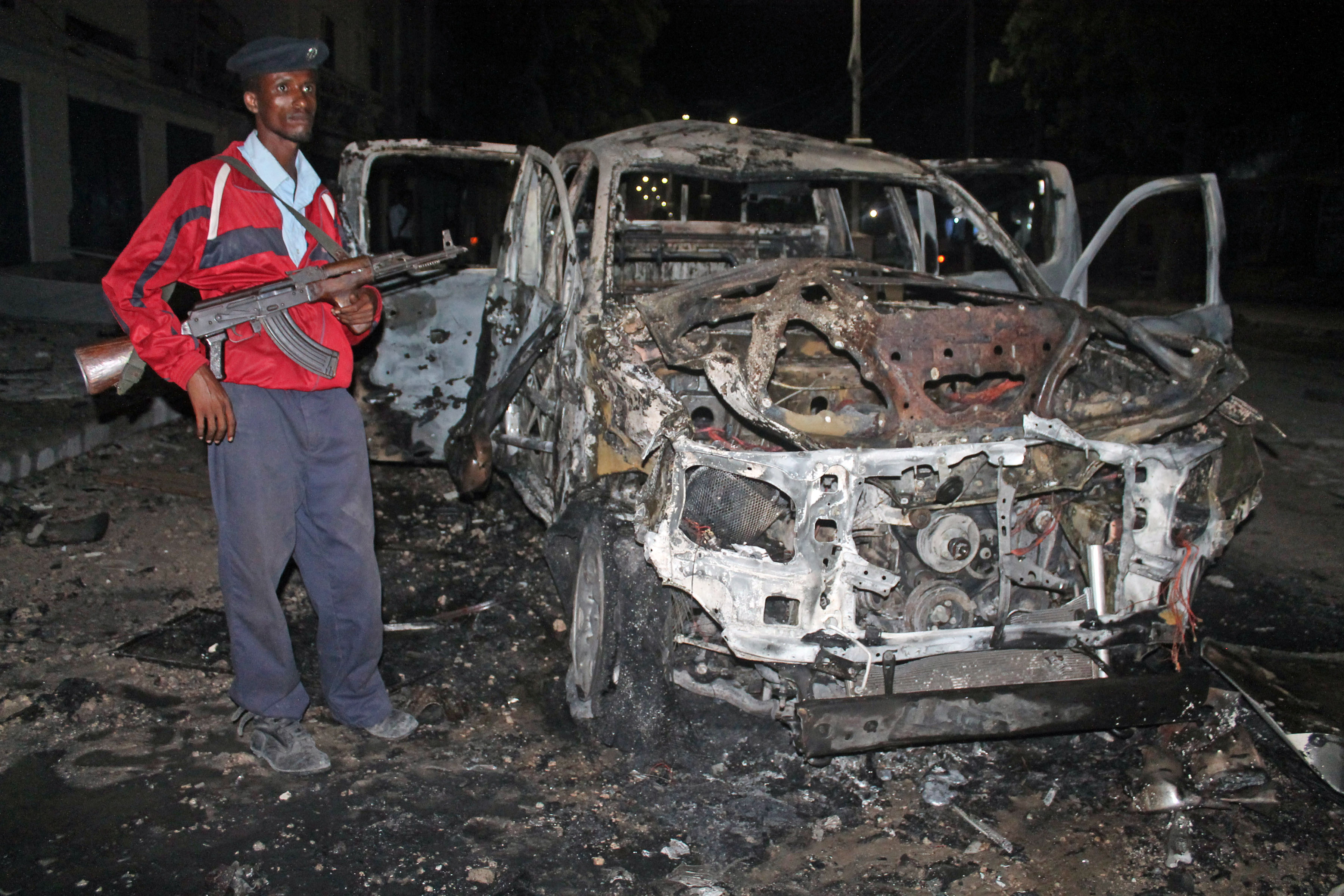 A Somali soldier stands near a destroyed car after a bomb attack in Mogadishu, Somalia, Friday, Nov. 8, 2013. Two people were killed by the car bomb parked by the Maka Al-mukarramah hotel, and five were injured, according to Capt. Mohamed Hussein, a senior police officer. The death toll could rise, he said. (AP Photo/Farah Abdi Warsameh) 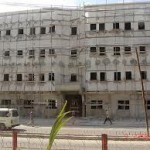